Robeetle uses catalytic methanol combustion technology to perform crawling movements. The Guinness Book of World Records certified it as the light robot as it weighs around 88 milligrams. 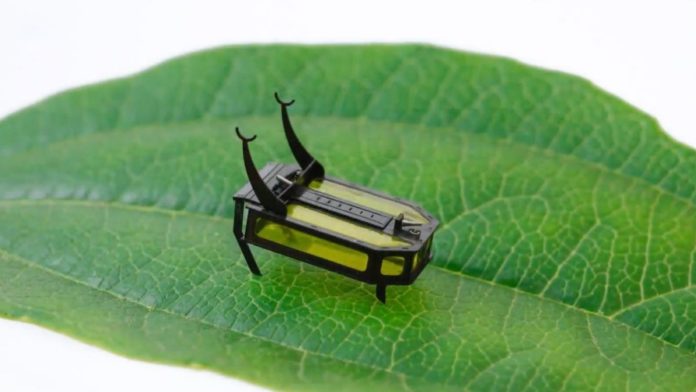 It is a highly lightweight robot that weighs nearly 88 milligrams. Perez has integrated the robot with a catalytic combustion system that enables it to perform various tasks like climbing slopes and moving around multiple surfaces.

The Guinness Book of World Records recently certified Robeetle as the lightest crawling robot ever developed. Since the robot uses Methanol combustion technology for carrying out its movements, it can operate in very low temperate conditions as methanol has a low freezing point.

The robot can load 95 milligrams of fuel that can power it for two hours. Perez said, “This is the main contribution because fuel like methanol or hydrocarbons has high energy density. The main problem in micro-robotics is that the energy density of batteries is very low.”

He further added that this technology has enabled the robot to carry higher energy density in a single load compared to traditional batteries. According to him, the robot uses a muscle alloy that changes its shape with temperature fluctuations caused by methanol combustion for performing crawling action.

While speaking about the application of Robeetle, he said that the tiny-sized robot can be used to aid many operations like surgeries, search operations, and many more. The robot can also be used for promoting artificial pollination in plants.

Before joining the School of Mechanical and Material Engineering at Washington State University, Nestor Perez completed his Ph.D. from the University of California and had worked with the Wyss Institute for Biologically Inspired Engineering at Harvard University.