HomeNewsVolvo to roll out AI Inspection at Dealerships in US
News

Volvo to roll out AI Inspection at Dealerships in US

Volvo’s prime motive with this AI system is to minimize the chances of any human mistake in identifying damages in vehicles. 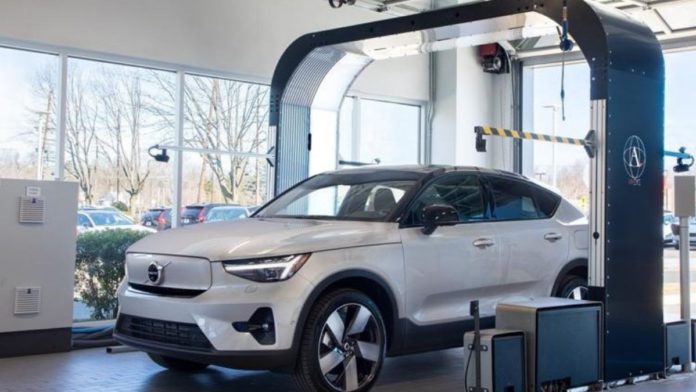 Automobile manufacturing giant Volvo announced that it plans to roll out artificial intelligence (AI)-powered inspection systems to dealerships located in the United States.

Initially, the AI inspection system will be deployed in the East Coast region but will slowly expand its operations in multiple areas within the United States.

The system will drastically help provide better inspection services to customers while maintaining quality standards across all dealerships, which was very subjective earlier.

Volvo’s prime motive with this AI system is to minimize the chances of any human mistake in identifying damages in vehicles while speeding up trade-in valuations and even creating vehicle health reports.

Volvo partnered with an Israel-based automated inspection system for automobiles developing company UVeye to offer this AI-powered system to its dealerships. It is a camera-based system that drastically reduces the time required in vehicle inspection when compared to traditional methods.

Vice President of Sales and Operations at Volo US, Rick Bryant, said, “An automated system can help resolve problems. It shows the vehicle’s actual condition. The result is that customers will be able to see flaws such as a rusty tailpipe that they didn’t know about.”

He further added that the AI system would also allow customers to know whether the retailer is upfront with them. UVeye offers three types of inspection tools, namely Helios, Artemis, and Atlas, which, when put together, deliver unmatched accurate and swift performance.

Dealers need to purchase the system from UVeye but buy subscriptions from the company. However, Volvo will provide certain incentives to its dealers, but the company did not reveal any specific details regarding the same.