HomeNewsUS and India engage in talks about AI in Military
News

US and India engage in talks about AI in Military

The leaders developed new and deeper cooperation across the US-India partnership, including defense, science and technology, commerce, climate, public health, and people-to-people ties. 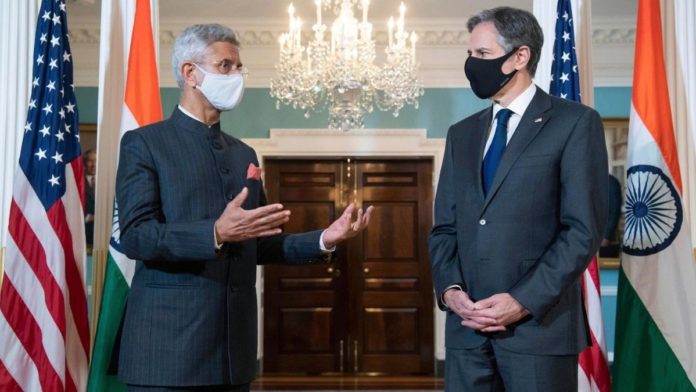 The US and India have agreed to engage in talks related to the use of artificial intelligence (AI) in the Military to strengthen both countries’ armies.

This new development was revealed after India’s Minister of Defense Rajnath Singh and Minister of External Affairs Dr. S. Jaishankar met their US counterparts Secretary of Defense Lloyd Austin and Secretary of State Antony Blinken, and announced the first Defense Artificial Intelligence Dialogue.

“As the Indian military emerges as a more jointly integrated force, the 2+2 Ministerial advanced initiatives that will allow the US and Indian militaries to work more seamlessly together across all domains of potential conflict—from the seas to cyberspace,” mentioned Pentagon in a release.

During their meetings, leaders from both countries developed new and deeper cooperation across the US-India partnership, including defense, science and technology, commerce, climate, public health, and people-to-people ties. To support high-end, integrated operations, the US and India approved key bilateral initiatives on information sharing, liaison exchanges, and joint service engagements.

“It has all the elements already in place: an incredibly talented workforce, it’s got a remarkable research community, it’s got a technology ecosystem. It just has not really moved as fast as, say, the United States or China or the UK, or other countries. But I think that explosion’s coming,” said Shanahan regarding the status of AI growth in India.

In addition to talks related to AI in the Military, the leaders also said that they would maintain constant monitoring and consultation over the ongoing Ukraine crisis.