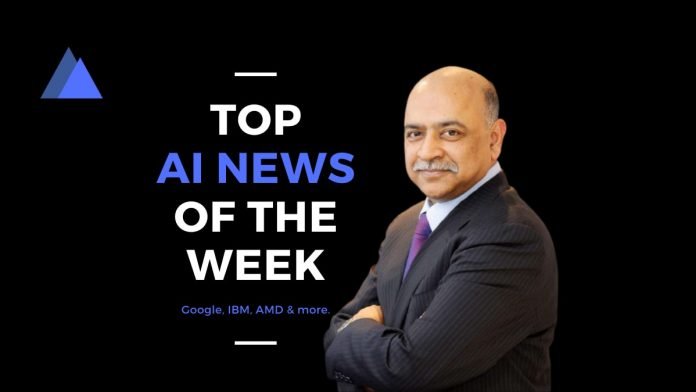 This week, we witnessed a few collaborations among top AI organizations and universities to simplify the adoption of AI. While PyTorch, OpenMined, and the University of Oxford partnered to offer free courses on -preserving-privacy in AI, IBM and AMD came together to build frameworks and AI solutions for hybrid cloud. Besides, this week has several announcements like 3D image datasets by Google and self-driving firm, Nuro, raising money in Series C round.

OpenMined, along with PyTorch, Facebook AI, University of Oxford and more, will devise four free courses. The idea with the initiative is to bring awareness as well as educate people about preserving-privacy in AI technology. Starting from January 2, 2021, the courses will be released for anyone to enrol for free.

All the courses will be a part of The Private AI Series, which will be based on PyTorch. “New paradigms and skills are spread most effectively through education, so we’re building an entirely new learning platform starting with a series of courses on privacy-preserving machine learning,” notes OpenMined.

IBM And AMD Joined Forces For AI and Confidential Computing

As per the joint press release, the association between AI and confidential computing

“The commitment of AMD to technological innovation aligns with our mission to develop and accelerate the adoption of the hybrid cloud to help connect, secure and power our digital world,” said Dario Gil, Director of IBM Research. “IBM is focused on giving our clients choice, agility and security in our hybrid cloud offerings through advanced research, development and scaling of new technologies.”

Vatican City Will Use AI To Protect Its Library

Apostolic Vatican Library of Vatican City has been digitizing its library of more than 80,000 manuscripts, which consists of 40 million images. This has led to attacks on the library by hackers every month. Founded by Pope Nicholas in 1451, the library witness more than 100 cyberattacks every month. Consequently, there is a need for a robust AI-based system to protect in order to avoid any malicious practices by hackers.

“In the era of fake news, these collections play an important role in the fight against misinformation and so defending them against ‘trust attacks’ is critical,” said Manlio Miceli, chief information officer of the library, to The Guardian.

Led by T. Rowe Price Associates, and participation from new investors–Fidelity Management & Research Company and Baillie Gifford–and existing investors, Nuro raised $500M in Series C round. Founded in 2016, the company has over 500 people who blaze the trail to make inroads into accomplishing self-driving cars. Currently, Nuro has developed two lightweight autonomous delivery vehicles. Its second-generation vehicle R2 was the only fully-autonomous (without safety driver) vehicle that drove on public roads in California, Texas, and Arizona.

Google released Objectron dataset, a collection of short video clips of common objects from different angles to further improve computer vision capabilities. With over 15k annotated video clips and 4M annotated images collected from a geo-diverse sample, the dataset will serve as the foundations for further research. “Each video clip is accompanied by AR session metadata that includes camera poses and sparse point-clouds. The data also contain manually annotated 3D bounding boxes for each object, which describe the object’s position, orientation, and dimensions,” noted the author.