Apple is being criticized for only providing end-to-end encryption for iMessage and not for regular SMS communication. 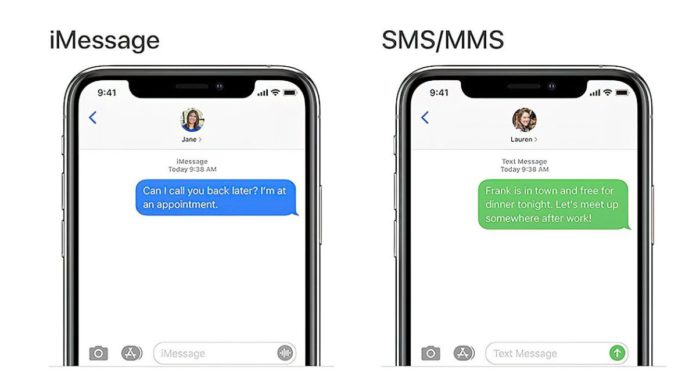 Meta has recently launched a new advertisement campaign that targets Apple’s iMessage platform. Mark Zuckerberg, the CEO and founder of Meta, revealed the campaign in which Apple is being criticized for providing end-to-end encryption only for iMessage and not for regular SMS communication.

Zuckerberg posted a picture of the new ad playing at Penn Station in New York on Instagram. The advertisement reads: “Protect your personal messages across devices with end-to-end encryption.

One blue and one green letter bubble, patterned like Apple’s Messages app, are displayed in the advertisement. The phrase private bubble appears in a third bubble, indicating that WhatsApp is a private platform.

According to Zuckerberg’s caption, WhatsApp is more secure and private than iMessage, as it has end-to-end encryption that works across both Android and iPhone, including group chats.

The caption added that with WhatsApp, one can also set all new chats to disappear with the tap of a button. “And last year, we introduced end-to-end encrypted backups too. All of which iMessage still doesn’t have,” it read.

Meanwhile, the Meta-owned messaging platform WhatsApp recently released the feature to add up to 1,024 participants to groups for specific beta testers. According to sources, the feature is available on WhatsApp beta for iOS and Android but is limited to a certain undefined number of beta testers.

WhatsApp
Linkedin
Twitter
Facebook
ReddIt
Previous article
Fujitsu to Sell Quantum Computer that might threaten Bitcoin Security: The Hype, The Promise, The Reality
Next article
This Political Party From Denmark is led by an AI Chatbot