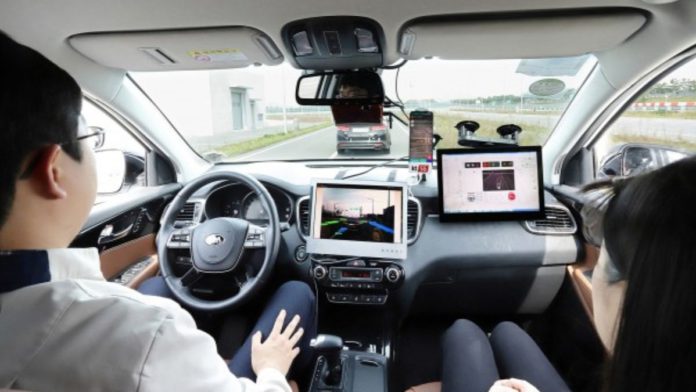 For the introduction of Level 4 autonomous cars in the nation by the end of the following year, the South Korean Ministry of Transport is planning to restructure the country’s current transportation networks and establish safety regulations and insurance schemes. The government will dramatically relax rules governing autonomous vehicles, according to Land, Infrastructure, and Transport Minister Won Hee-ryong, who made the announcement on Sunday at the ‘CES 2023’ trade show in Las Vegas.

This comes after the Ministry of Land, Infrastructure and Transport unveiled Mobility Innovation Roadmap last year. In September 2022, the Korea Times reported that as a part of its by 2035, the nation plans Level 4 autonomous driving technology to be standard on 50% of all new automobiles. By 2030, the South Korean government hopes to establish real-time communications between vehicles and the road, along with installing a connectivity system in place over a 110,000 km area. It even has plans to bring autonomy to bus services in the future.

One of South Korea’s most well-adapted megatrends over the past ten years has been self-driving technology, particularly in connected and autonomous vehicles (CAVs), which enable V2X connection — communication between cars, infrastructure, and other road users — according to a recent news release from ResearchAndMarkets.com.

In light of this, autonomous cars are viewed as an important development in the automotive industry that has the potential to increase driving comfort and road safety in South Korea. Furthermore, South Korea has made significant advancements in autonomous vehicle technology, which is piquing the attention of automakers, technology companies, decision-makers, and the general public.

It will be interesting to see how the nation fulfills its autonomous vehicle ambitions and delivers on its futuristic vision of leading the industry.