Shield AI to work on Swarming Drones for Air Force 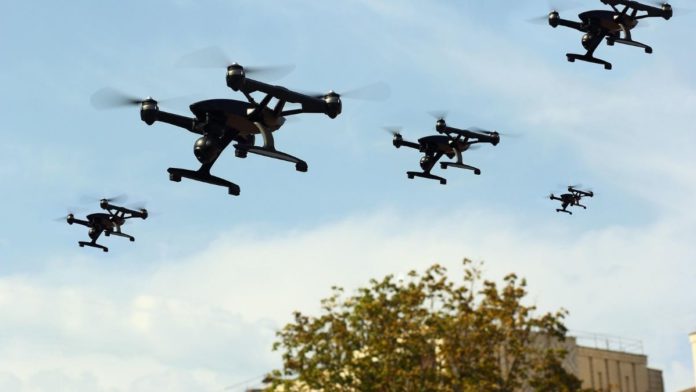 Experts believe that artificial intelligence will play a significant role in modern warfare, and Shield AI’s unnamed robocrafts will help the US air force in gaining strategic advantage over its enemies and also make better data-driven decisions.

Late last month, Shield AI revealed that it had acquired a $60 million Air Force contract for several initiatives employing its Hivemind autonomy stack, a common AI framework the business is creating to operate everything from small drones to large aircraft.

Recently, Shield AI also cracked a deal with VSK Tacticals for the purchase of its V-BAT 128 unmanned aircraft. On 21st January, the deal was signed at the V-BAT manufacturing site in Dallas, Texas.

To date, Shield AI has raised more than $348 million from investors like Breyer Capital, Point72 Ventures, SVB Capital, Disruptive, and many others over eight funding rounds.
Last year, Shield AI acquired Martin UAV through a definitive agreement on 28th July 2021 with the intent of integrating Martin UAV’s platform with Shield AI’s Hivemind to develop airplanes capable of performing vertical landing and takeoffs for the US Army and air force.