Salesforce plans to integrate Troops.ai’s high-end technology with Slack to provide better features to its customers. 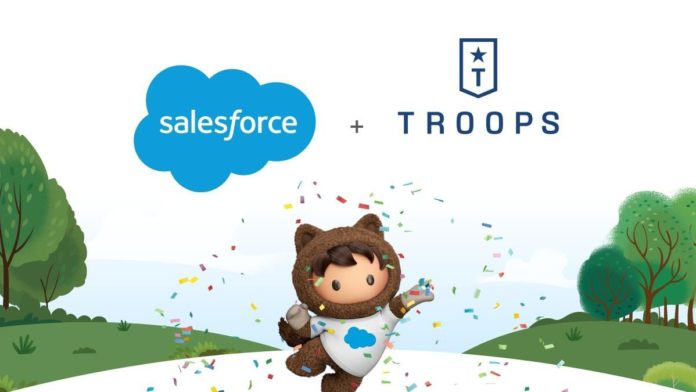 Neither company revealed any information regarding the valuation of this acquisition deal. However, the contract is expected to close in the second quarter of Salesforce’s fiscal year 2023 and is subject to customary closing conditions.

Troops will join the team of Slack, a Salesforce subsidiary, following the closure. Salesforce plans to integrate Troops.ai’s high-end technology with Slack to provide better features to its customers.

“The Troops team has spent more than seven years designing tools that deliver real-time insights from systems of record like Salesforce to systems of engagement like Slack, bringing together the information and actions that customer-facing teams need to close new deals and support existing customers,” mentioned Salesforce in a release.

United States-based provider of a revenue communications solution Troops.ai was founded by Dan Reich, Greg Ratner, and Scott Britton in 2015. According to the company’s listing on Salesforce’s AppExchange, Troops provides a platform for delivering revenue signals and actions from Salesforce to Slack and Microsoft Teams.

Troops allow users to push and pull CRM data into and out of Slack, transforming it into a sales hub for teams. To date, Troops.ai has raised more than $19 million from multiple investors like First RoundCapital, Founder Collective, Next View Ventures, Great Oaks Capital, Chicago Ventures, Vast Ventures, and others over four funding rounds.

“Since that time, we’ve been a leader in the industry, working with some of the fastest-growing companies in the world, including Salesforce and Slack. We’ve done this by delivering real-time insights from systems of record like Salesforce to systems of engagement like Slack, bringing together information and actions that customer-facing teams need to close new deals and support existing customers,” said the Co-founder of Troops.ai, Dan Reich.

He also mentioned that this announcement marks a significant turning point in the Troops’ journey, and they would want to express their gratitude to their community, valued customers, partners, investors, and team for their continued support.