HomeNewsRussia may be using AI-powered Killer Drones against Ukraine
News

Russia may be using AI-powered Killer Drones against Ukraine

The AI drones can drive at 130 km/h for 30 minutes before purposefully colliding with a target and detonating a 3-kilo bomb. 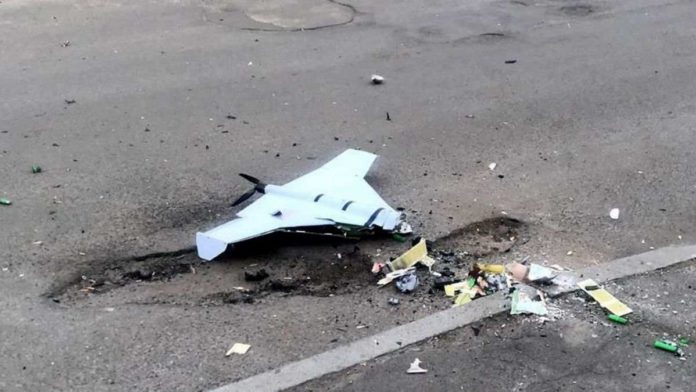 In the past week, several images emerged on social media platforms showing that Russia is using artificial intelligence (AI)-powered Killer Drones in its war against Ukraine.

This new development raises many concerns regarding AI warfare, which the world has yet not witnessed. The emerged photographs seem to be of the KUB-BLA, a drone described as a “loitering munition.”

The deadly and highly capable drones are sold by a Russian armaments manufacturer, Kalashnikov’s subsidiary, ZALA Aero. KUB-BLAs are miniature drones launched from a portable launch tube and crash into their target to detonate a bomb.

It can drive at 130 km/h for 30 minutes before purposefully colliding with a target and detonating a 3-kilo bomb. However, authorities have not yet confirmed whether Russia is employing KUB-BLA drones in its bombardment of various Ukrainian cities.

Experts are criticizing this move of Russia across the globe, claiming that the employment of “killer robots” such as these violates globally agreed-upon laws on what may and cannot be employed on the battlefield.

Though Russia has a vast number of artificial intelligence weaponry and technological systems, they do not appear to have been practically utilized in a full-scale war.

Zachary Kallenborn, a research affiliate with the National Consortium for the Study of Terrorism and Responses to Terrorism, said, The notion of a killer robot — where you have artificial intelligence fused with weapons — that technology is here, and it’s being used.”

The main concern with these autonomous weapons is that there is no human conscience involved in how to kill as the decisions are made using artificial intelligence algorithms.

Additionally, experts suggest that Putin could also launch an AI attack on the UK if he feels threatened in the Ukraine war.