Robot named TATUM enables deaf and blind individuals to communicate with others, eliminating the need for a human translator. 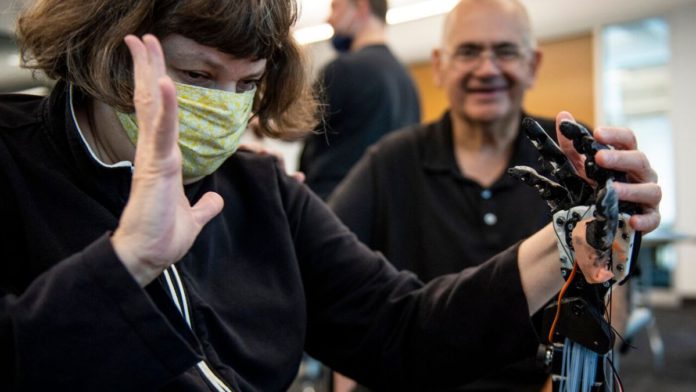 Two deaf and blind individuals participated in the testing of this robot. The participants are also giving inputs and recommendations to Johnson for possible improvements that can be made to the robot.

Johnson pursued a course in sign language as a sophomore and also interacted with members of the deaf and blind community of Massachusetts to gather the required knowledge to develop this robot.

Deaf and blind individuals often need translators to be constantly present with them for interaction with others. But with this robot, they would be able to express themselves with their hand signs to society without the need of a human translator.

Johnson mentioned that she wanted to build a technology that would enable people dependent on American Signal Language to interpret and communicate with other individuals independently.

“When I was watching the interpreter sign, I asked, ‘How do you communicate without the interpreter?'” and the answer was simply, “‘We don’t,” said Johnson.

This unique robot will be extremely useful in places where individuals would want to have discussions in private, like at a doctor’s office or at home. Johnson is currently training the robot to fingerspell some basic words of the American Manual Alphabet system.

Johnsons aims to train this robot to the extent that it could connect to digital platforms like email, messengers, and social media to help differently-abled people connect with the world seamlessly. She is currently working with an assistant professor of bioengineering at Northeastern Chiara Bellini to develop TATUM.