The developed drones will be equipped with polarimetric cameras to collect images. 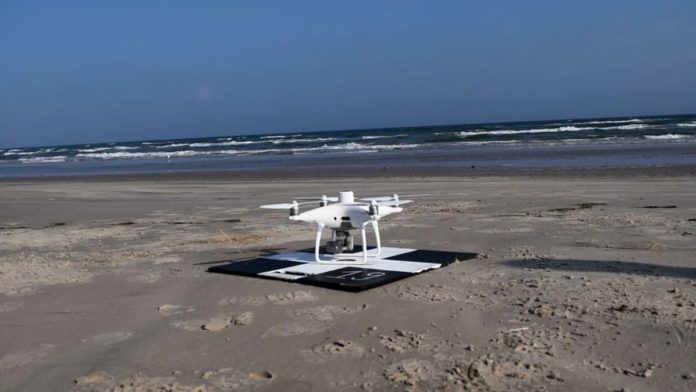 Researchers from the National Oceanic and Atmospheric Administration (NOAA) National Centers for Coastal Ocean Science (NCCOS), Oregon State University, and their partners are now developing a unique machine learning-powered drone system that can be used to tackle the increasing concern of marine litter.

The newly developed drones would have smart sensors attached to them, helping them effectively dissect and map garbage along coastlines. Additionally, researchers are also coming up with innovative methods to collect the detected garbage.

“Our goal is to design and demonstrate a relatively low-cost, easily deployed, and accurate marine debris detection system that could be used by existing marine debris response programs,” said the researchers.

The developed drones will be equipped with polarimetric cameras to collect images. Researchers tested those polaroid cameras both on the ground and air using a helicopter with the assistance of the United States Coast Guard.

According to the team, the helicopter testing allowed them to replicate the height at which the drone system would be flown and simulate the functioning of the polaroid camera. The gathered pictures are then fed to a machine learning algorithm that identifies, classifies, and maps marine debris.

Over the past few decades, marine litter has become a significant issue of concern that threatens the aquatic life ecosystem, interferes with navigation safety, and poses a threat to human health. Every minute, 33,000 single-use plastic bottles are tossed into world oceans, adding to the millions of others already destroying marine life and the ecosystem.

This new ML-powered system will considerably help authorities to accurately and quickly clean the garbage disposed near coats. When the drone-based machine learning system is fully operational, the data collected will be utilized to generate maps that highlight where marine waste is accumulated along the coast.