The sensor developed by researchers at Tel Aviv University uses the antenna of a locust and sends electrical signals as a response to the presence of a nearby odor. 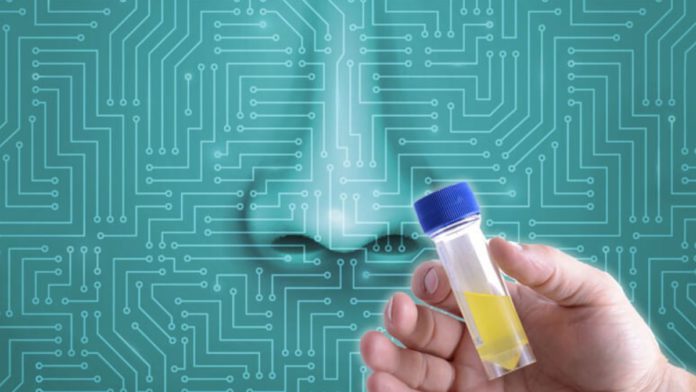 Israeli Researchers have developed a biohybrid sensor for smells that is 10,000 times more sensitive than today’s sensors that can be attached to a robot.

The sensor developed by researchers at Tel Aviv University uses the antenna of a locust to send electrical signals as a response to the odor present nearby, allowing a robot to detect and interpret smells via machine learning. This could be used to identify explosives, drugs, diseases, and more.

The researchers were successful in connecting the biological sensor to an electronic system and, with the help of a machine learning algorithm, were able to identify volatile compounds with a sensitivity of 1ng, 10,000 times higher than gas chromatography–mass spectrometry.

The sensor is able to differentiate between a minimum of eight pure odors and two mixtures of different odorants, independent of odorant concentration.

Professor Yossi Yovel, the School of Zoology and the Sagol School of Neuroscience said, “A comparison with standard measuring devices indicated that the sensitivity of the insect’s nose in our system is almost 10,000 times higher than the devices that are in use today.”

Dr. Ben Maoz from the Fleischman Faculty of Engineering and the Sagol School of Neuroscience said, “The principle we have demonstrated can be used and applied to other senses, such as touch and sight. The creation of a robot with a biological nose can help us preserve human life and identify criminals in a way that is not possible today.”