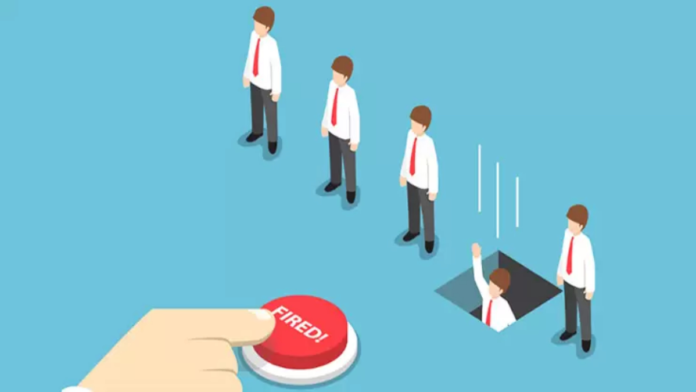 In the United States, companies have laid off more than 60,000 in massive layoffs starting in 2023. In the last year, more than 107,000 jobs were slacked approximately from the US private and public sector companies due to rising inflation rates and the uncertain stock market. Tech companies like Goldman Sachs, Amazon, Ola, and more have been slashing jobs this year due to the current economic conditions. This article lists some big tech companies laying off thousands of employees recently due to uncontrolled market conditions.

List of big tech companies that have laid off their employees

Below is the list of companies that have recently laid off many employees in the name of economic conditions.

The very popular e-commerce giant, Amazon, is set to fire around 1800 employees across the globe. Under the current layoffs, the company plans to slack about 1000 employees in India. Students placed in Amazon from NITs and IITs with less than one year of experience were laid off in its previous layoff rounds. Students from NITs and IITs took LinkedIn to share their layoff experience.

Employees at Amazon were informed about their layoffs via emails. After the layoff announcements, people have been crying in the office after they were laid off. Many Indian employees have shared their layoff experience on social media sites.

Besides Amazon, many tech companies, banking organizations, and other businesses are laying off their employees. Thousands of people are being impacted by the job cuts. While many organizations still need to cite a proper reason for layoffs. However, some have blamed the economic conditions and structural change for it.

Like Google, Microsoft announced to lay off 10,000 of its employees last week until March 2023. The company’s CEO, Satya Nadella, mentioned that Microsoft will emerge from the layoff and can become more competitive. but it requires action in three priorities. According to Satya Nadella, Microsoft will align the cost structure with its revenue and look for customer demands. Secondly, the company will continue to invest in strategic ideas for the future. Lastly, Microsoft will treat its employees with dignity and respect and act transparently with them.

As per the company, the employees affected in the US will receive above-market severance pay, continuing healthcare coverage for six months, career transition services, and 60 days notice period.

Google’s parent Alphabet has recently announced to lay off 12000 of its employees worldwide. The company’s CEO, Sundar Pichai, informed his employees about the layoff via email. He also ensures to take full responsibility for the layoff decision.

Google has already begun the layoffs in the US and will continue in other countries soon. In the US, the employees will get the complete notification period with a severance package beginning at 16 weeks’ salary and two weeks for every extra year at Google. The employees will also receive 2022 bonuses, remaining vacation time, six months of healthcare and job placement services, and other benefits.

The company’s recent layoff can affect different teams, like corporate functions, products, engineering teams, and recruiting. Alphabet has already mailed some employees, and the process will take longer in other nations due to some local employment laws and practices.

Verily is an Alphabet company focused on applying AI and data science to empower evidence generation and enable more precise interventions. It has recently announced plans to cut down 200 job roles at the organization, which covers around 15% of overall positions in the company. In its official blog, Verily CEO Stephen stated to enable greater focus on the company’s updated portfolio, the company is discontinuing its development of Verily Value Suite and some early-stage products.

Thousands of employees working for Wall Street banking major Goldman Sachs were fired on Wednesday and Thursday last week as the organization started laying off more than 3200 employees across the globe. Before the layoffs, Goldman Sachs had close to 9,000 employees in India working in cities like Hyderabad, Bengaluru, and Mumbai, which restructured almost 9 percent of its employees there.

While announcing the layoff, Goldman Sachs mentioned that it’s a difficult time for people to leave the firm. They are grateful for the employee’s contribution and provide support to ease their transitions. Goldman Sachs’s focus is to size the firm for opportunities in a challenging macroeconomic environment.

Coinbase, a Crypto firm, said last week that it would lay off over 20 percent of its employees. Its new move is to cut costs as crypto markets are declining and tech companies are lowering their expectations for growth.

Brian Armstrong, the CEO of Coinbase, mentioned that in 2022 the crypto market trended downwards with the broader macroeconomy. Coinbase also saw the fallout from unethical actors in the industry, and there can still be further contagion.

A couple of weeks ago, Coinbase planned to bring in new employees. But then the company froze the hiring because of the market conditions. The company also rescinded job offers from employees who had already accepted them but had yet to start the job.

Read more: RBI Governor: Cryptocurrency is nothing but gambling

Ola has recently laid off about 200 employees from its tech and product team as a part of the restructuring exercise. The company mentioned that it had been regularly conducting restructuring exercises to improve efficiencies, and there were redundant roles in the company. Ola will continue making new hires in engineering and design, including senior talent in its key priority areas.

In September 2022, Ola rescinded the reduction of 200 engineers. The current layoffs at Ola are the same ones that were supposed to happen in September 2022. Mostly freshers recently hired from the colleges are fired in the recent layoff at Ola.

The layoff comprises 10% of its 2000-strong engineer workforce as part of the restructuring exercise toward its electric dream. The company has around 2000 engineers currently and aims to increase its engineering talent pool to 5000 in the next 18 months.

The company informed employees about the layoff through official mail and announced it on Slack. According to the employees, the layoffs are the result of massive hiring after a series of funding rounds. The company will arrange a meeting at 12 pm on 16th January to discuss the layoffs.

Vodafone Idea (VI), a renowned telecom company, has reportedly been planning to slash hundreds of jobs in its London-based headquarters to cut costs in the global economic slowdown.

VI’s upcoming layoff will be the biggest in five years. The company has employed over 104000 people across the globe, of which 9400 are based in the United Kingdom.

The company had a challenging year as it came under pressure from several investors to simplify its sprawling business, improve poorly performing units and decentralize global operations.

In November 2022, the company announced cutting $1.8 billion in costs by 2026. VI’s CEO, Nick Read, resigned at the end of 2022 and was replaced by Margherita Della Valle for an interim period.