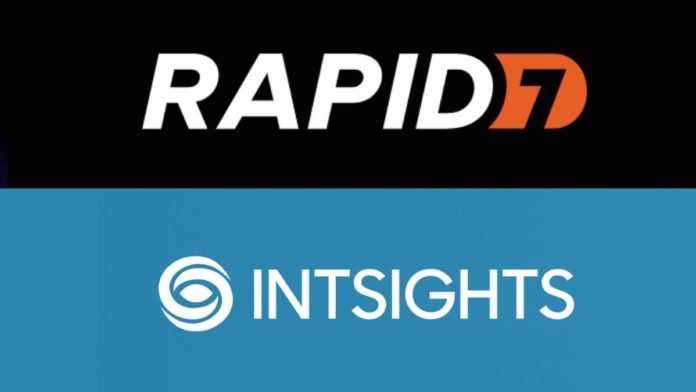 Security analytics and automation company Rapid7 recently announced that it had acquired a threat intelligence firm IntSights through a $335 million deal.

With this acquisition, Rapid7 plans to improve its Extended Detection and Response (XDR) platform to enable early threat detection and quicker response. The integration of the two platforms will provide the customers a unified surveillance experience with relevant insights.

Industries across the globe have made a transition into digital services due to the ongoing pandemic. This digital transformation has created opportunities for hackers for cyber attacks. Due to this dire need for digital security, the cybersecurity market is expected to grow to a whopping $250 billion in the coming years.

CEO and chairman of Rapid7, Corey Thomas, said, “Cybersecurity is a lopsided battle today, and the odds consistently favor attackers. Both Rapid7 and IntSights have a shared belief that organizations will succeed only when they have a view of internal and internal threats.”

He further mentioned that the merged company aims to make its vision a reality to its customers by using contextual intelligence and automated threat migration systems. IntSights is a New York-based startup founded by Alon Arvatz, Gal Ben David, and Guy Nizan in the year 2015.

The firm’s artificial intelligence-powered platform specializes in detecting external threats and neutralizing them. Industry leaders like Wipro Ventures, Blumberg Capital, and Clearsky have invested in IntSights.

CEO of IntSights, Guy Nizan, said, “We founded IntSights to make threat intelligence instantly accessible and actionable for organizations of any type and size. We are excited to join Rapid7 to continue this mission and to bring our threat intelligence capabilities to even more customers.”

Earlier Rapid7 had acquired many other cybersecurity enterprises like Kubernetes Security for $50 million and Divvycloud through a $145 million deal.