A research paper published in Nature describes the quantum computer and its exceptional performance. 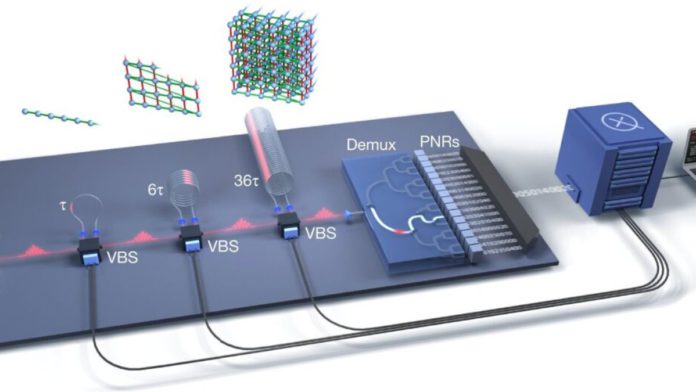 A group of researchers from the National Institute of Standards and Technology, US, and Xanadu, Canada, claim that Borealis, their quantum computer, has successfully achieved computational advantage in taking boson sampling challenge using a photonic machine. A research paper published in Nature describes the quantum computer and its exceptional performance.

In a quest to create a perfectly usable quantum computer machine, researchers give more power to devices they work on before subjecting them to computational advantage tests. The desired output is that the devices can process the problem, which on the other hand, would take typical computers an impractical amount of time.

In a recent experiment, the team of researchers used a photonic machine, which uses photos to represent qubits, to take on the boson sampling challenge. The Gaussian boson sampling challenge involved the preparation of states of light and their direction through a beam splitters’ network and then counting the number of photons arriving at the detector.

The best conventional computers get quickly bogged down in an attempt to tackle the challenge, whereas theory suggests that a quantum computer should do the opposite. Previous endeavors to take on the challenge used 76 to 113 photons. One significant step is that the new machine built by the research team had access to up to 219 photons, averaging 125.

While attempting the challenge, Borealis was found to be able to perform a specified task in 36 microseconds. According to researchers, the best conventional computer would have taken about 9,000 years to finish the same job. This difference in time and efficiency has led the researchers to state the computational advantage.

The researchers further tested the output Borealis gave and proved that the computer could not be spoofed, thus acting as evidence that it gave the correct answers.