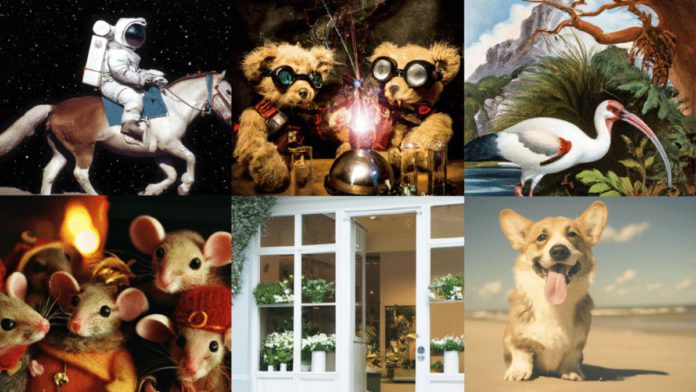 The image-generating AI system DALL-E 2 from OpenAI is finally available as an API, allowing developers to embed it into their applications, websites, and services. DALL-E 2, an enhanced version of DALL-E, is a transformer language model that enables users to create and modify creative pictures using natural language inputs. OpenAI announced in its blog that developers can now quickly integrate its AI image-generating tool to take advantage of its capabilities. With this announcement, DALL-E has followed in the footsteps of joining GPT-3, Embeddings, and Codex in Open AI’s API platform.

On October 20, OpenAI disclosed information on the New York City-based startup Cala’s usage of the DALL-E API for a particular business use case. By providing a digital platform that enables designers and producers to develop and produce clothing lines, Cala positions itself as the “world’s first operating system for fashion,” integrating the process from product conceptualization to order fulfillment. The inclusion of DALL-E-powered text-to-image generating tools will enable Cala users to create fresh visual design concepts from provided reference photos or natural word descriptions. Even Mixtiles, situated in Tel Aviv, registered for early access to API when co-founder Eytan Levit noticed the potential of the image-generating technology.

According to Luke Miller, product manager at OpenAI, the API has three main functions. Users have the option to create a picture, edit a portion of it, and generate various revisions of that same image.

While the DALL-E API is now in public beta, OpenAI will keep tweaking and enhancing it through the year’s end. According to Luke, the company is quite enthusiastic about all the ways that developers will be able to adapt this technology to unique requirements, applications, and communities in order to progress even higher than before.

One major change compared to earlier image results from DALL-E. is that the inclusion of a watermark won’t be necessary for photos created using the API. With the release of the API, OpenAI has decided to make watermarking optional after introducing it during the DALL-E 2 beta as a means to identify which images came from the system.

However, with the availability of the API, minimal changes have been made to the terms of the policy. This might be disappointing for those looking forward to OpenAI, considering the ethical implications of generative AI tools on legal grounds and bias in results. On the plus side, using DALL-E 2 API to generate violent, pornographic, and hateful content is still banned by OpenAI. The company continues to use a combination of automated and human monitoring systems to keep users from sharing or uploading pictures of people without their permission or images they do not have ownership or permission.