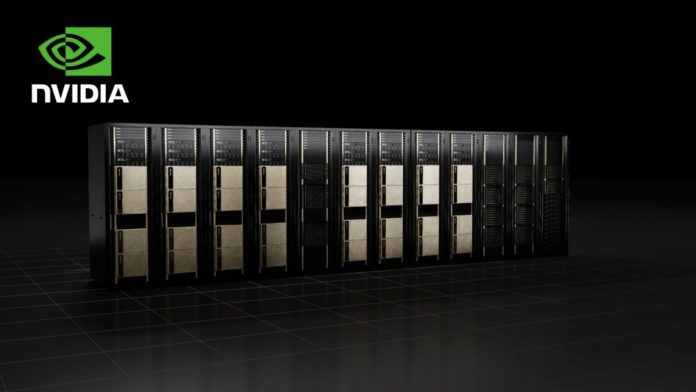 Tech giant NVIDIA announces the launch of its new DGX H100 System, which it claims to be the world’s most advanced enterprise AI infrastructure.

Each DGX H100 contains eight NVIDIA H100 GPUs connected as one by NVIDIA NVLink, delivering 32 petaflops of artificial intelligence performance at new FP8 precision, which is 6x faster than the previous generation.

The company says that the next-generation NVIDIA DGX POD and NVIDIA DGX SuperPOD AI infrastructure platforms will be built on DGX H100 systems.

Moreover, the new NVIDIA NVLink Switch System in the DGX SuperPOD architecture can connect up to 32 nodes with 256 H100 GPUs.

NVIDIA also announced Eos, a new, powerful supercomputer to demonstrate these advancements. According to the company, Eos is intended to be the world’s fastest AI system, with 576 DGX H100 computers and 4,608 DGX H100 GPUs.

The supercomputer is expected to begin its operations from the latter half of this year and will be deployed in the United States. Eos will replace its predecessor Selene, which debuted in seventh place on the Top500 in June 2020.

Founder and CEO of NVIDIA, Jensen Huang, said, “AI has fundamentally changed what software can do and how it is produced. Companies revolutionizing their industries with AI realize the importance of their AI infrastructure.”

He further added that their new DGX H100 systems would power enterprise AI factories, allowing data to be refined into their most valuable resource – intelligence.

NVIDIA says its newly announced technologies will be available globally from the third quarter of 2022. Additionally, customers can also use NVIDIA DGX-Ready Data Center partners such as Cyxtera, Digital Realty, and Equinix IBX data centers to deploy DGX systems.