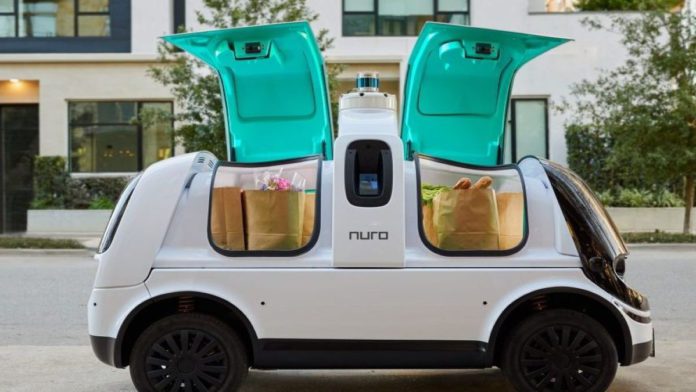 Less than a year after closing a $500 million funding round led by T. Rowe Price Associates, autonomous delivery startup Nuro raises $600M. The money will be used to hire more employees and enhance its technology. In this new funding round, the lead investor was Tiger Global alongside Google LLC, SoftBank Group Corp., and several others. Nuro is now reportedly valued at $8.6 billion.

Nuro’s growing fleet of autonomous delivery vehicles can deliver groceries and medicines from shops or retail locations to consumers’ homes. As a part of a partnership with Kroger Co, Nuro’s vehicles have carried out thousands of deliveries. Neuro teamed up with FedEx corp earlier this year to evaluate whether its vehicles are suitable for parcel logistics.

Nuro’s autonomous delivery vehicle, called the R2, uses an artificial intelligence driving system and several sensors to collect data about the environment for navigating the roads. Each vehicle can ferry 400 pounds of merchandise.

The design of R2 plays a significant role in pedestrian safety. The vehicle is smaller than a car and has a specialized panel to protect pedestrians in the event of a collision. The vehicle also has a redundant braking and control system that allows it to continue operating if a component malfunction.

Nuro is expanding its manufacturing capabilities; the startup announced its plan to invest 40 million dollars in a test track and a new manufacturing facility. The startup aims to build vehicles faster, and the current funding round could help advance its expanding plans. The proposed test track will help the company boost the startup’s development effort by providing a safe environment to test R2’s autonomous driving software. Testing is essential because machine learning systems improve through training, and practice runs on simulated roads will improve R2’s navigation.

Additionally, Nuro is partnering with Google to enhance its autonomous driving software. The company announced a five-year strategic partnership with Google Cloud that will extend to data storage and running vehicle simulation workloads. Google’s collaboration with Nuro is notable given its sister company Waymo is also developing fully autonomous cars and vehicles.