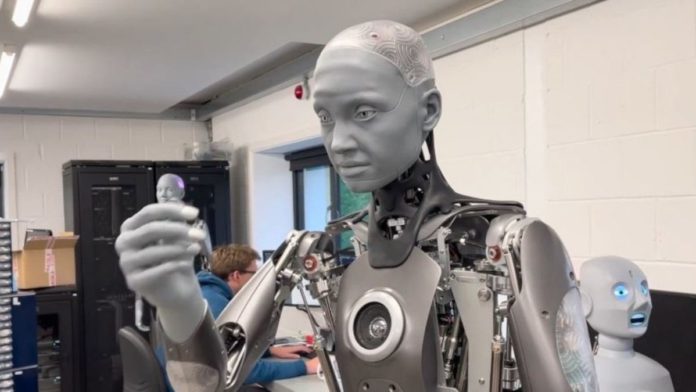 EngineeredArts recently unveiled its newly developed humanoid robot that is capable of making complex facial expressions. The robot, named Ameca, can make human-like expressions that are of the highest accuracy.

The robot comes with a face that has eyes, nose, lips, forehead, and cheeks. Developers have made the robot highly capable of making hyper-realistic human expressions from aww to surprise.

Ameca was revealed in a YouTube video uploaded by the company where it was making expressions by changing the shape of its facial features. EngineeredArts is a United Kingdom-based robotics company that is currently headed by Will Jackson. The firm specializes in developing various sorts of humanoid robots with multiple features and capabilities.

According to the company, Ameca is the world’s most advanced human-shaped robot. Ameca will turn out to be of great importance for students and developers to improve human-robot interaction. EngineeredArts plans to unveil more capabilities of the robot at the CES 2022 event that is supposed to be held in January.

The robot does not yet know how to walk but the company plans to upgrade it in the coming years. In the revealed video, the robot can be seen making various hand gestures that are synchronized with its facial expressions. Apart from Ameca, the company has also developed another humanoid robot named Mesmer that can perform similar facial actions.

Original 3D scans of real human expressions were used to train the robot in the development process that has resulted in a highly accurate bone structure and facial features of the humanoid robot.