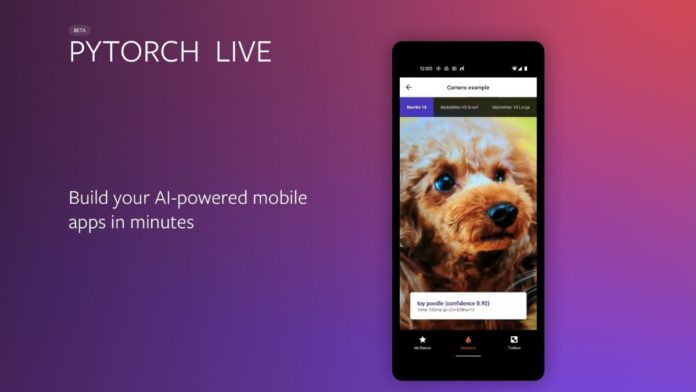 In the PyTorch developers day 2021 conference, Meta launched PyTorch Live that uses a single programming language to design AI-based applications for both Android and iOS platforms. The mission of PyTorch is enabling cutting-edge research to developers, co-developing with many stakeholders, modularity to allow developers with their desired tools, and being performant and production-oriented. By keeping these four criteria as a base, PyTorch introduces PyTorch Live.

Usually, building apps that work across different platforms requires expertise in multiple programming languages and therefore increases the cost of leveraging mobile models on different devices. In addition, developers would be required to separately configure the project and build UI (User Interface) that runs on different platforms, thereby slackening the app development process.

Instead of writing the same app twice in two different programming languages, PyTorch Live uses JavaScript as a unified language to write and build apps for both platforms.

According to Meta, PyTorch Live (GitHub) will also support developers to work with audio and video data in the near future.