Nanowear’s SimpleSense is a cloth-based wearable device that captures critical patient information like blood pressure, heart rate and many others to generate real-time diagnostic reports. 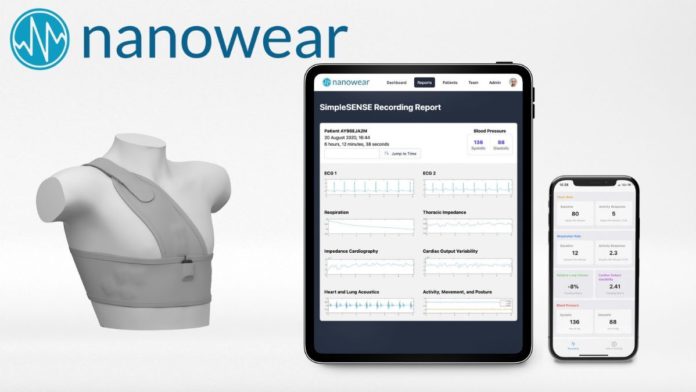 The gathered data is uploaded on SimpleSense servers that analyze the data in real-time using artificial intelligence algorithms to generate diagnostic reports. This technology will help physicians and doctors in making better-informed decisions regarding patient treatments.

Director of Research at Google, Peter Norvig, said, “When time-synchronously tracking a complex system like a patient’s heart, lungs and upper vascular system, the data captured needs to match the system’s level of complexity. Nanowear’s 85+ biomarkers of high-fidelity data within a closed loop system enables unique AI and deep learning algorithms to ensure that need is met.”

He further added that artificial intelligence technologies and tremendous ability to aid doctors, other healthcare professionals, and payers in tracking complex biological systems and individual risk patterns in the human body.

Nanowear’s SimpleSense uses clinical-grade biomarkers that have a high Signal to Noise Ratio(SNR), which helps the platform to generate reports in a short time when compared to other smart wearable devices.

“The largest bottleneck for any AI deployment is data preparation, which can take 70% – 80% of the time in any given application,” said the CEO and Co-founder of Nanowear, Verk Varadan.

United States-based nanosensor manufacturing firm Nanowear was founded by Venk Varadan and Vivek K Varadan in the year 2014. The company specializes in developing cloth-based smart nanochip solutions for the healthcare industry. Nanowear has raised a total funding of $1.5 million to date from investors like MedTech Innovator, MAS Holdings, and Social Capital over two funding rounds.