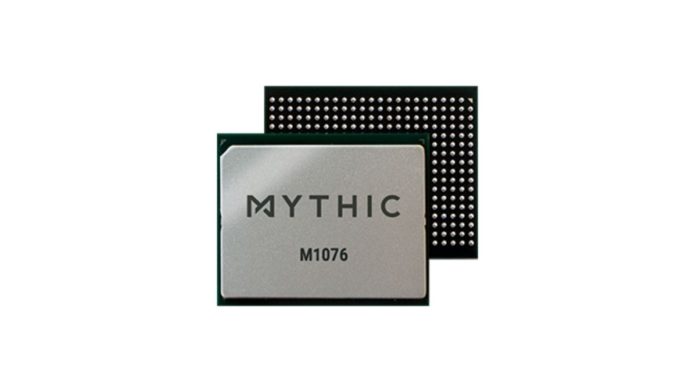 Mythic, an analog AI processor company, launches the M1076 Analog Matrix Processor (Mythic AMO™), which delivers an exceptional performance with low power consumption. According to the company, M1076 AMP can support up to 25 TOPS of AI compute in 3W power envelop, thereby consuming up to10x less power than traditional SoC or GPU.

The chip comes in a wide range of form factors — a standalone processor, an ultra-compact PCIe M.2 card, and a PCIe card — to support diverse applications. Its 16-chip configuration can offer up to 400 TOPs of AI compute with 75W.

“Mythic’s groundbreaking inference solution takes AI processing and energy-efficiency to new heights,” said Tim Vehling, senior vice president, product & business development at Mythic. “With its ability to scale from a compact single-chip to a powerful 16-chip PCIe card solution, the M1076 AMP makes it easier for developers to integrate powerful AI applications in a wider range of edge devices that are constrained by size, power, and thermal management challenges.”

The groundbreaking technology by Mythic is backed by several investors that poured in $165.2 million till now. Recently, Mythic raised $70 million in Series C funding, which the company will use for scaling production and expanding its footprint across the world.