The news follows multiple years of collaboration, both between the two companies. 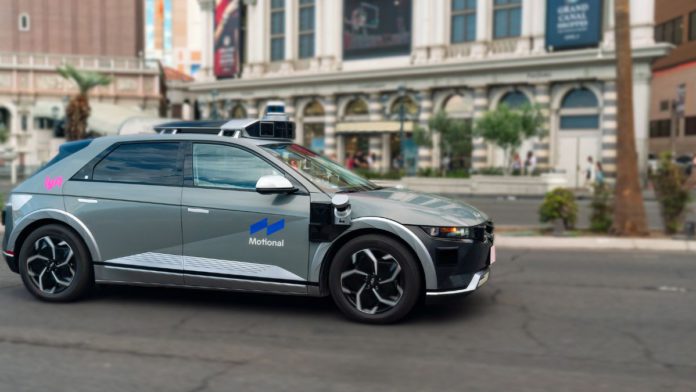 Motional, the joint venture between Hyundai and Aptiv for autonomous vehicles, is bringing its robotaxis to Los Angeles, where riders can request them using the Lyft app. The service is provided by Motional’s fleet of electric Hyundai Ioniq 5 cars, all of which will be operated entirely autonomously upon service launch and without the need for a human safety driver. However, neither party has stated when the service would be available.

After Las Vegas, Los Angeles is the second location in Lyft and Motional’s multi-city collaboration, where the two businesses are offering shared trips using Motional’s IONIQ 5 AVs. The IONIQ 5 cars, like those in Las Vegas, will be incorporated into Lyft’s Los Angeles network. Riders in Los Angeles will have access to a rideshare network with various transportation options, including autonomous cars and conventional ridesharing, to get them where they need to go. People can use the Lyft app to open the doors when the car arrives, and there is a passenger display in every car that can be used to contact a remote agent anytime.

The IONIQ 5 is powered by Motional’s AI-first autonomous vehicle stack, which includes over 30 sensors, including cameras, radar, and LIDAR, to reliably identify objects at extremely long distances. An onboard ‘compute’ system analyzes all the data coming in from the robotaxi cameras and sensors.

Motional claims to have used Lyft to provide over 100,000 trips in Las Vegas, with a five-star rating rate of more than 95%. Additionally, the company signed agreements to a 10-year partnership with Uber, announcing that it would begin providing passenger trips later this year and that its vehicles will be “strategically placed” in US cities.

Since 2016, Motional has established an office in Los Angeles. Last year, it announced plans to expand its foothold in California by establishing a new operations center in Los Angeles to facilitate testing on public roads, recruiting additional engineers, and creating an office in Silicon Valley. However, this will be the first time LA citizens can use the Lyft app to book an autonomous vehicle. This implies that Motional must get all necessary permits before accepting passengers. AV companies must get a series of permits from the Department of Motor Vehicles and Public Utilities Commission to legitimately shuttle passengers and receive ride payments.

Despite the mandatory permissions, California has been one of the most supportive and legally friendly states when it comes to robotaxis and fully autonomous vehicles. A month ago, the Waymo unit of Alphabet revealed intentions to launch a self-driving robotaxi service in key Los Angeles districts. In September, UberEats announced the introduction of Nuro’s driverless delivery robots in California.