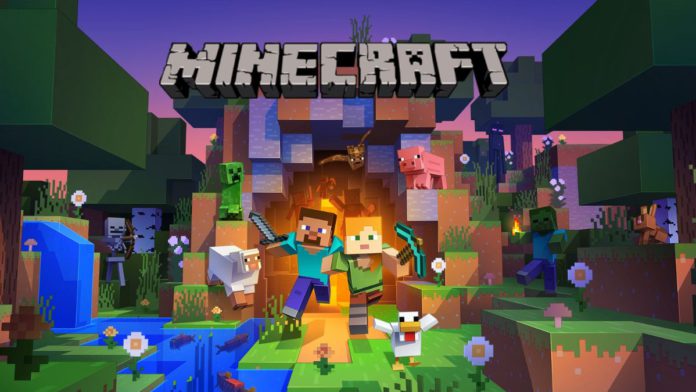 NFTs and blockchain technology will no longer be permitted to integrate with Minecraft, according to a recent announcement from Microsoft-owned Mojang. One of the most well-known video games in the world, Minecraft has seen steady growth since its initial 2009 release, thanks to publisher Microsoft.

The notification of the ban not only ended several NFT initiatives based on Minecraft but also provided a strong argument for NFTs. Mojang also published a news report on planned modifications to its NFT usage policies. Blockchain technology will soon be prohibited on independent game servers managed by players and producers, and Minecraft will also forbid the usage of its visuals in NFT ventures or using Minecraft’s API.

Although the Minecraft team does not presently plan to include blockchain technology, Mojang stated that it might do so in the future.

According to Mojang, the speculative pricing and investment mindset around NFTs divert attention from actually playing the game and promote profiteering, which is contrary to the players’ long-term happiness and success.

Some autonomous Minecraft servers, according to the company, enable the usage of NFTs that represent in-game objects or give NFT incentives to gamers. Additionally, there are initiatives that have transformed Minecraft resources into NFT collectibles, such as the Polygon-based NFT Worlds, which has invested months in creating a whole crypto-economy by selling virtual Minecraft land plots.

Sources claim that after the news, NFT Worlds suffered around a 70% drop in the price of its NFTs. Nonetheless, the project’s developers insist that they won’t be leaving the community.

The team behind NFT Worlds has now revealed plans to develop a new game based on many of the fundamental elements of Minecraft but totally free of the restrictions Microsoft and Mojang impose on the game. According to NFT Worlds, their brand-new Minecraft-inspired game will be recognizable to users of the original game but with the modernity and ongoing development, it has been missing for years.

As the metaverse and Web3 gaming pick momentum, numerous more gaming industry titans are planning to adopt NFTs. Square Enix, a developer of video games in Japan, has revealed Final Fantasy VII as its first game to use NFTs after selling some of its intellectual property to invest in Web3-based gaming.

Electronic Art (EA), which declared last year that it sees NFTs as a part of the future of gaming, is another game developer trying to include NFTs.

While Microsoft wishes to avoid becoming involved in blockchain gaming, its planned acquisition of Activision Blizzard, which would make it the third-largest gaming firm, is a little unexpected, given that Activision Blizzard’s World of Warcraft served as the inspiration for Vitalik Buterin’s creation of Ethereum.

On the other hand, despite not banning NFT-using games from its marketplace, Fortnite maker Epic Games claims it won’t be implementing them in any of its in-house games.

As NFTs and blockchain promise to break the monopoly of centralized game developing companies, it will be interesting to see how these companies make drawing board changes to remain undefeated in the face of disruption in the gaming industry.