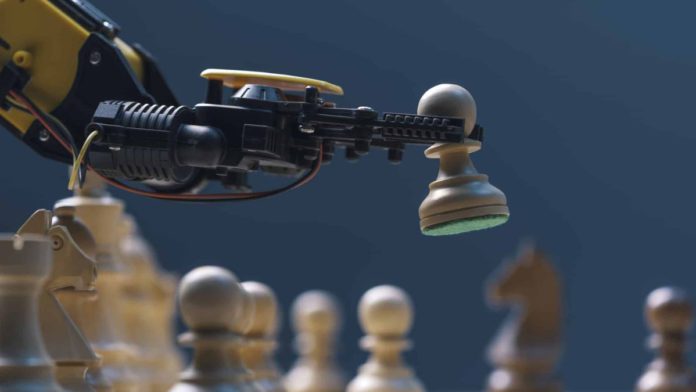 On July 19, at the Moscow Chess Open competition, when a 7-year-old child attempted a quick move without allowing the rival robot enough time to complete its move at a tournament in Moscow, the robot physically assaulted the child. According to Sergey Smagin, vice president of the Russian Chess Federation, who talked to state-run news organization RIA Novosti, the child is alright, but one of his fingers has been broken.

The crane-like robot is shown reaching across the board and aggressively grabbing the boy’s finger for a few seconds in a video posted on the Telegram channel Baza before authorities hurried over and rescued the child. According to reports, the child, known as Christopher, is among the top 30 chess players in Moscow under the age of nine. While Christopher’s finger was put in a plaster cast, he was not overly traumatized by the attack. He displayed extraordinary tenacity for someone who had been assaulted by a robot by playing the next day and finishing the competition. He was able to sign paperwork and attend the awards ceremony.

According to reports, Christopher’s parents have been in touch with the district attorney’s office, but the Moscow Chess Federation says it is speaking with the couple and working to resolve the matter (i.e., convincing them not to press charges).

Meanwhile, Smagin believes that Christopher is primarily to be blamed for this rare incident. He said, “There are certain safety rules, and the child apparently violated them. When he made his move, he did not realize he first had to wait.” As per the robot’s designers, it was built with artificial intelligence that allowed it to play three chess games simultaneously. It has been playing chess for around 16 years and has participated in several ceremonial matches without ‘cracking any bones’ or causing serious physical harm to opponents, according to Sergey Lazarev, president of the Moscow Chess Federation.

While this is not the robot uprising movies like Avengers: Age of Ultron or Terminator prepared us for. However, it still begs similar questions about our reliance on robots. Will the robots’ allegiance lie with humans when they go rogue or acquire emotional intelligence? Is this a teaser for AI’s hostile robot takeover critics have warned us about? Or can it be deemed as an episode that serves as a reminder to engineers to rethink how to create robots that are less prone to mistakes that might endanger lives? At the same time, Smagin defended the robot’s AI skills by saying that the public has a misconception that technology-advanced AI will wipe out humankind.

Though eliminating humans sounds a bit stretched, we cannot also deny accidents where there was the loss of human life due to AI robots. For instance, At Volkswagen’s Baunatal production facilities in Germany, a stationary robot murdered a contractor in 2015 by grabbing and crushing him against a metal plate. In the same year, a worker was stabbed to death by one of the robots at the SKH Metals facility in Manesar, India, where he worked.

Most recently, a tragic Model S collision in Newport Beach that claimed the lives of three people when the car smashed into construction equipment prompted a new Federal investigation into Tesla’s Autopilot technology. Three construction workers were also struck by the EV, and they were sent to the hospital with less severe injuries.

These instances highlight the possibility that with or without human error, robots, whether powered by AI, are capable of violating Asimov’s First Law of Robotics, which promises no harm to human lives.