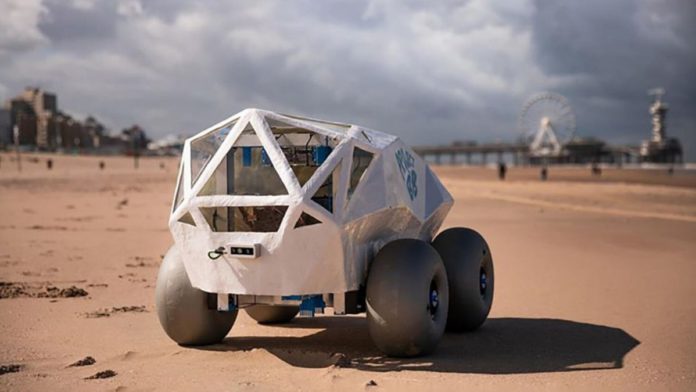 Microsoft, in a recent blog, announced that it had launched a new artificial intelligence-powered autonomous beach cleaning robot BeachBot.

The smart robot has been developed by a Dutch startup named TechTics and uses Microsoft’s artificial intelligence platform to carry out its operations. The robot is currently deployed at Scheveningen beach in Denmark, where it operates over a stretch of 4.5 kilometers.

The robot collects different kinds of wastes like cigarette buds that have harmful effects on the beach animals. Two highly skilled engineers of TechTics, Martijn Lukaart and Edwin Bos, built the robot.

Bos said, “We believe that our robotic solution, in the end, may not be the final solution for this problem because the bigger problem with littering is still human behavior.” TechTics has asked people to send them photos of cigarette buds, which they would convert into data to train the artificial intelligence algorithm of the robot.

BeachBot has been fed with more than 2,000 images of cigarette buds to train it to collect them. The robot is equipped with two dash cameras to identify waste and a robotic arm capable of picking up the waste. It uses Microsoft’s Trove artificial intelligence system to recognize waste and dispose of it. The company has also released a video of the robot while performing its tasks.

Lead principal program manager of Trove at Microsoft, Chris Lineberger, said, “The system learns how to see pictures like a child recognizing an object for the first time.”

The company is now developing two new robots to aid BeachBot in cleaning the beach. The upcoming robots would scout the area and detect cigarette buds and then would ask the BeachBot to arrive at the location and collect the debris.