ad
HomeNewsFord And Agro AI Announce The Launch Of Self-Driving Cars By The...
News 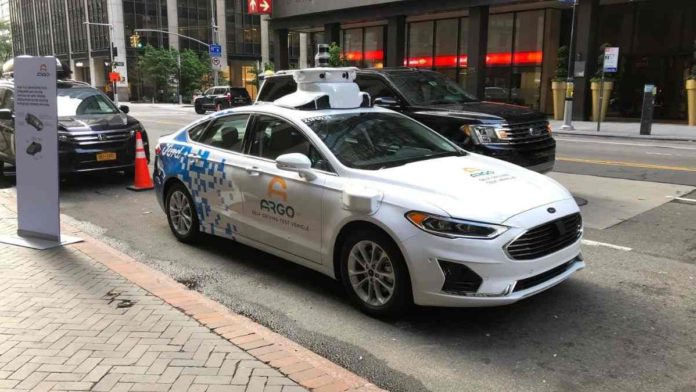 Car manufacturing giant Ford recently announced that it would launch self-driving cars by the end of this year in association with Agro AI. The company initially plans to launch its self-driving cars with safety drivers in Miami and would steadily expand to other regions of the United States like Texas in 2022.

More than a thousand autonomous cars will be released by Ford over a period of five years. Ford has collaborated with Agro AI and Lyft to develop its self-driving vehicles. The cars will be powered by Lyft’s vehicle handling network solution.

Co-founder and CEO of Lyft, Logan Green, said, “This collaboration marks the first time all the pieces of the autonomous vehicle puzzle have come together in this way.”

He also added that each of the three collaborating companies would bring the scale, knowledge, and capabilities in their area of expertise that is important to build a full-fledged autonomous car. Earlier Lyft had announced its plans of selling its autonomous driving division to Toyota for $550 million.

Lyft users will be able to enjoy Ford’s autonomous driving taxi service in Miami by the end of 2021. Founder and CEO of Agro AI, Bryan Salesky, said, “This collaboration is special as we are executing on a shared vision for improving the safety, access to, and affordability of transportation in our cities.”

He further said that the companies would be able to work together to define where an autonomous service would benefit communities the most and ensure the safe deployment of their technology.

Ford has already started to establish its presence in Miami, Washington DC, and Austin in order to run its self-driving vehicle operations smoothly. The vehicles will have fixed pick and drop points for the customers, according to company officials.

CEO of Ford said, “Agro and Ford are currently piloting, mapping, and preparing for commercialization of the vehicle. This new agreement (with Lyft) is a crucial step towards this.”