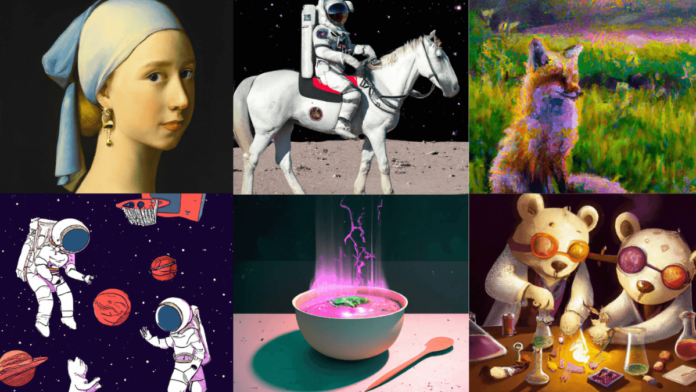 Microsoft is investing significantly in DALL-E 2, OpenAI’s AI-powered system that generates images from the text by bringing it to first-party services and apps. During the Ignite conference this week, Microsoft announced the integration of DALL-E 2 with the newly announced Image Creator tool in Microsoft Edge and Microsoft Designer app.

Wanting to bring OpenAI’s tech to an even wider audience, Microsoft is launching Designer. This Canva-like web app can generate designs for presentations, digital postcards, invitations, graphics, posters, and more to share on social media and other platforms. Designer leverages DALL-E 2 and user-created content to ideate designs with text boxes and drop-downs for further personalization.

Within Designer, users can choose from several templates to get started on specific, defined-dimensions designs for platforms like LinkedIn, Facebook, and Instagram. Prebuilt templates are available from the internet as shapes, photos, icons, and headings that can be added to projects.

Read More: OpenAI’s DALL-E Is Now Available To Everyone

Another Microsoft-developed app underpinned by DALL-E 2 is Image Creator. As the name implies, Image Creator, generates art when given a text prompt by funneling requests to DALL-E 2. It acts like a frontend client for OpenAI’s still-in-beta DALL-E 2 service.

By typing in a description of something like location or activity, an art style will yield an image from Image Creator. Image Creator will very soon create images that do not yet exist, limited only by one’s imagination, said Microsoft.