HomeNewsMan who threw away £150m in bitcoin plans to find it via...
News

James Howells plans to find the bitcoin hard drive containing 8,000 bitcoins he threw away nearly a decade ago. 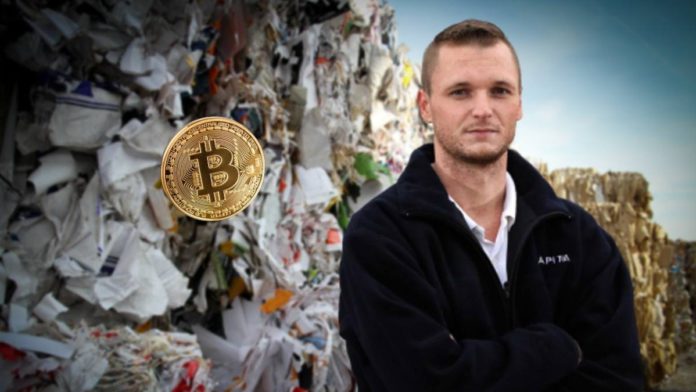 A computer engineer named James Howells threw away a hard drive containing over 8,000 bitcoins (£150 million) nearly 10 years ago. Per The Guardian, Howells plans to retrieve the bitcoin hard drive using artificial intelligence to operate a mechanical arm to sort through trash. He has not given up hope and wishes to pull the job with AI and robot dogs.

Howells’ bitcoin trash story became quite popular in 2013 when he mistakenly put the wrong hard drive in the trash, losing access to his bitcoin stash, currently worth around £150 million (US$183.1 million)! He wants to convince the council of Newport in south Wales to get permission.

Robot dogs would be used as site security by the bitcoin garbage guy, as some people may recall him, to ensure that no one else would try to locate and take the hard drive. Howells also plans to employ environmental and data recovery experts in his project, which would cost about US$12.2M. The project would span over nine to twelve months, as per Howells’ own estimates.

Read More: Vetted lands $14M series A funding for its AI-powered platform for products and deals

Howells said, “One of the things we’d like to do on the actual landfill site, once we’ve cleaned it up and recovered that land, is put a power generation facility, maybe a couple of wind turbines.” He wants to create a community-owned mining facility to create bitcoin for Newport residents.

The council of Newport refused even to schedule a meeting with him to hear about his ideas. The environment is a crucial factor behind the city’s reluctance to consider his proposals.