HomeOpinionIs Tesla paving the way for humanoids by developing its bots to...
Data Science

Is Tesla paving the way for humanoids by developing its bots to exhibit enormous strength? 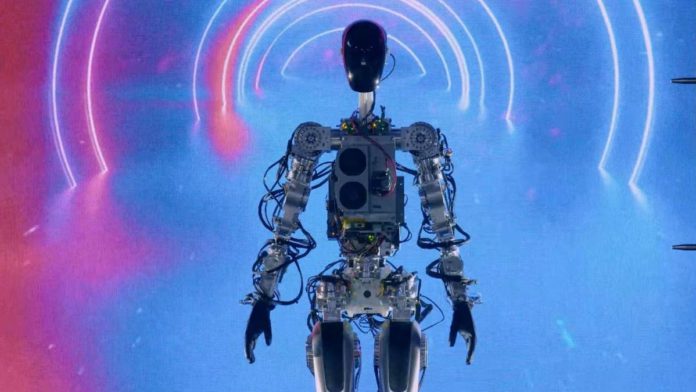 Owned and operated by Elon Musk, Tesla has been working on developing functional prototypes of humanoid robots for many years. The company introduced its first bot as a concept in August 2021 by the name of Tesla Bot, later renamed Optimus Subprime. After over a year, the bot entered into an operational prototype phase and was presented to the world on AI Day, September 2022. Another prototype named Bumble C was also presented on the same day. Bumble C walked on the stage without backup support and could swiftly move its arms and legs.

The company claimed that the bots would be an essential part of the company’s portfolio in the coming decade. Even though people do not believe robots will soon be ready for prime time, they already play numerous roles in daily life. Several robots are currently employed in manufacturing automobiles, and vacuum robots clean homes daily. On the other hand, humanoid robots are only seen in a few experimental ventures.

Nonetheless, Tesla is optimistic about the future of humanoids like Optimus. In a new video posted by Tesla to promote job openings in the Actuators Team, Tesla Bots were seen exhibiting enormous strength while lifting a piano weighing half a ton (500kg)!

The video shows that one of the two actuators quickly lifts the piano using hydraulic power. The event is enough to make people wonder about the power future robots could leverage.

After watching the Tesla Bot actuator do the heavy lifting, Tesla AI Day, 2022 attendees who were earlier critical about Optimus and Bumble C, as they felt humanoids consume much more time and effort, must now be impressed.

While it seems simple in the video because the hydraulic pumps are outside and have the necessary power, it becomes more complicated when installed inside a more petite humanoid body. This is one of the reasons that makes the development of humanoid robots challenging.

A single humanoid comprises not one but several such actuators whose power and size might be constrained compared to the individual actuators operating externally. Moreover, the actuators used in humanoid robots must support the dynamic range of activities to make them useful in the real world. Actuators also require a lot of energy; to power that, the humanoid may have excessive weight. This poses yet another challenge while balancing the weight-to-power ratio.

Several other challenges come across when a humanoid is being developed, out of which motion planning and leveraging artificial intelligence is one of the toughest. A humanoid must integrate the data from its sensors, model its surroundings, and decide what objectives it intends to accomplish. It should be able to plan its movements and interactions with people/objects and then accordingly commands its controllers to locomote. All of this should work out in a way pleasant for others so that there are no uncanny effects. It is a phenomenon known as the uncanny valley – if something looks human-like but not believably so; it becomes terrifying and even frightening.

Another reason Tesla’s Bots and other humanoids might face criticism is the extent of expectations. People often expect humanoids to function just like them, performing all human tasks smoothly. However, robots are a very long way off from being able to work humanely. People should instead focus on the task for which the robots have been designed.

While Tesla has now mastered the prototype in exhibiting the strength of its components, the next step is to see how it performs when placed in a humanoid body.
Nonetheless, Tesla is adamant about its plans to build a 73-kg humanoid prototype powered by a 2.3kWh battery and make it available at a price under US$20,000. Musk confirmed that the prototype would be ready for moderate-scale production by the end of 2023. So, in the coming decade, people may expect to see a fully operational humanoid robot with massive strength and human-like abilities.