Intel will be working on this project in two stages over the next two years. 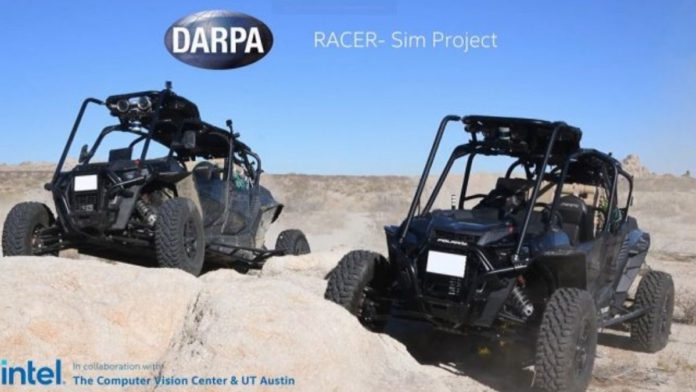 DARPA, a central research and development organization for the US Department of Defense, selects Intel to develop new simulation software for its RACER program.

The one-of-a-kind program aims to develop off-road autonomous combat vehicles that can match the travel speed of crewed systems.

With this development, Intel will design a simulation framework for autonomous cars produced under the RACER program.

To develop these simulation tools, Intel Labs will work with the Computer Vision Center in Barcelona and the University of Texas at Austin.

Armies across the world have started adopting multiple high-end technologies to increase their capabilities to have the edge over their opponents in wars. This is yet another episode of the US integrating modern technology into its defense system.

German Ros, Director of Intel’s Autonomous Agent’s Lab, said, “We brought together a team of renowned experts from the Computer Vision Center and UT Austin with the goal of creating a versatile and open platform to accelerate progress in off-road ground robots for all types of environments and conditions.”

The goal of the RACER-Sim project is to construct computer models that simulate the type of harsh, unstructured terrain that combat vehicles experience regularly. Intel will now help DARPA in achieving this aim.

Developing such a simulation framework is a challenge as the current technologies like lidar and other similar sensors can better detect the environment in predictable situations such as roads. However, forecasting movements in unfamiliar and dynamic driving conditions are complicated.