The adoption of recent technological advances in India's defense arsenal shows the country's commitment to embracing the future of technology, i.e., artificial intelligence. 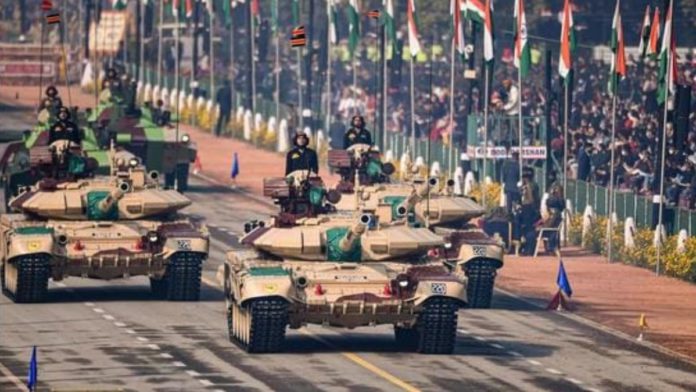 On the occasion of the 75th anniversary of India’s Independence, Defense minister Rajnath Singh recently inaugurated the ‘Artificial Intelligence in Defence’ (AIDef) symposium, which involved an exhibition of AI-enabled solutions.

Among the 75 AI-enabled products displayed and launched by the minister at the symposium were surveillance and reconnaissance systems, autonomous weapon systems, human behavioral analysis software, robotic products, and several other simulators and testing equipment. The defense minister said that a driver fatigue monitoring system, AI-enabled voice transcription software, and evaluation of welding defects software are also included in the defense arsenal.

In lieu of the Russian-Ukraine war, Singh recalled Vladimir Putin’s words, mentioning that whoever becomes the leader in the AI sphere will become the ruler of the world. Singh emphasized that India has no intention to rule the world and said that in order to avoid being ruled by any other country, India must develop its AI capabilities. He added that India must be ready to tackle any legal, political, and economic battles that may follow due to the advances in artificial intelligence.

What seems like a pretty obvious move, the Indian Armed Forces are drawing lessons from the ongoing Russia-Ukraine war and adopting new technologies to upgrade themselves for an uncertain future. Particular emphasis is being laid on AI, Machine Learning, Deep Learning algorithms, Robotics, Quantum Labs, Industry 4.0, and much more.

Similarly, the Indian Army has been making several conscious efforts to incorporate the latest technologies in its services. The Army is currently working on quantum computing labs, robotic surveillance platforms, 5G, and the real-time application of artificial intelligence in border areas. Special emphasis is being laid on air defense systems which are backed by automated drone detection systems, augmented reality, and unmanned combat units for tank formations. For the past couple of months, the Eastern and Northern Commands of the Indian Army have been holding major technology symposiums focusing on identifying the forces’ requirements and customizing the operational requirements.

The Indian Army also established Quantum Labs in 2021 to transform the current cryptography system, which involves algorithms to code voice and data for secure transmission. The system ensures secure transmission during conflicts as radio waves are used by all the major equipment to communicate. These systems relay real-time live feeds to the commanders, making their job much easier by detecting enemy, man, or machine.

All the systems used by Indian Armed Forces are embedded AI-oriented machines tuned for anomaly detection and interpretation. They also can detect intrusions at the line of control (LoC) and read drone footage.

The adoption of recent technological advances in India’s Defense arsenal shows the country’s commitment to embracing the future of technology i.e. artificial intelligence. The focus on AI-driven technologies is growing, and the Indian Army is keen to adopt them in light of the emerging threats of the third world war. With the recent addition of AI technologies, the Indian Defense is expected to keep introducing several new advancements in the near future.