The device is a tiny rectangular device made with a hydrogen sensitive material named perovskite nickelate. 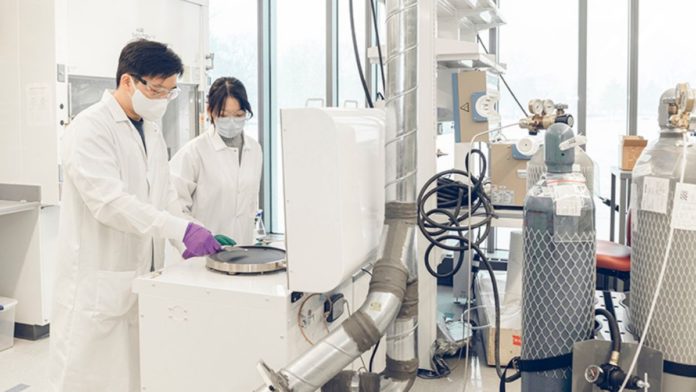 Researchers from Purdue University recently demonstrated a method that allowed microchips to dynamically rewire themselves like the human brain to take in new data. The newly demonstrated technology allows artificial intelligence to learn over time.

It is a groundbreaking technology that can reshape the future of artificial intelligence and other high-end technologies.

The human brain constantly establishes new connections between neurons to facilitate learning. In contrast, the circuits on microchips do not change.

Purdue University researchers have created unique hardware that electrical pulses can reprogram on demand. It is a tiny rectangular device made with a hydrogen-sensitive material named perovskite nickelate.

Ramanathan is an expert in figuring out how to make materials that resemble the brain for better computing. According to him, the device’s adaptability will allow it to do all of the activities required to create a brain-inspired computer.

“If we want to build a computer or a machine that is inspired by the brain, then correspondingly, we want to have the ability to continuously program, reprogram and change the chip,” said Ramanathan.

The device can shuffle a concentration of hydrogen ions in nanoseconds by applying electrical pulses at varying voltages. This helps create states that the researchers found could be mapped out to corresponding activities in the brain.

The technology can act similar to a connection between neurons called synapses to store information in complicated neural circuits, with less hydrogen at that place. In this study, researchers also demonstrated that as new problems arise, a dynamic network may “pick and choose” which circuits are most suited to solving them.