HomeMiscellaneousHow is Nigeria Faring Against the Tumultuous Wave of Cryptocurrency Craze?
Miscellaneous

How is Nigeria Faring Against the Tumultuous Wave of Cryptocurrency Craze? 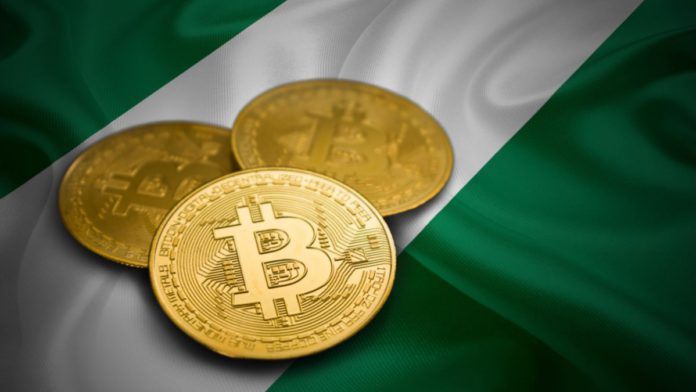 In terms of bitcoin trading last year, while the USA remained perched on the top, Nigeria surpassed Russia to claim second place. According to blockchain research company Chainalysis, the dollar volume of cryptocurrency received by users in Nigeria in May increased to US$2.4 billion from US$684 million in December. And since many transactions remain untraceable by analysts, the actual volume of cryptocurrency movements through Africa’s greatest economy is probably far higher. This is hardly surprising given that a 2020 online survey supported by data firm Statista revealed that 32 percent of participants in Nigeria used cryptocurrency, the highest percentage of any nation globally. Even if the crypto winter is now taking place in the year, it is anticipated that Nigeria will keep investing in cryptocurrency. So, what are the drivers behind this trend?

In the fall of 2020, there was a discernible increase in interest in cryptocurrencies as activists during the “#EndSARS” movement, protesting against police brutality in Nigeria, embraced bitcoin as a means of money collection. The Feminist Coalition, a group of 13 young women formed during the protests, began accepting bitcoin donations as well, eventually amassing US$150,000 for its fighting fund using Bitcoin. Even Jack Dorsey, the creator of Twitter, encouraged bitcoin donations on his page.

With the economy in a spiral and individuals seeing their savings drained by inflation, citizens’ financial difficulties were far from over. The coronavirus outbreak in 2020, which coincided with another shock to oil prices and caused a second recession in four years, made matters worse. Despite Nigeria’s quick recovery from its second recession, the country still faces an adverse economic climate, which lures people to other forms of payment and alternative currencies that ultimately helped in positively enriching the lives of impoverished citizens. For example, when the Central Bank of Nigeria devalued the naira by 24 percent in 2020, it urged Nigerians to invest in digital assets like bitcoin and Ether.

Bitcoin can occasionally act as a stand-in for the dollar when U.S. dollars may be difficult to get in Nigeria, allowing users to protect themselves against the inflation of the naira. Dollars are in great demand and sometimes hard to come by in the Nigerian market since the majority of the things that people buy there are imported. As a result, import businesses switched to using cryptocurrencies as payment.

However, not all were on board to accept this changing trend, especially the Nigerian government and the Central Bank of Nigeria. The Central Bank of Nigeria issued an order in February 2021 for banks to identify people and/or businesses engaging in cryptocurrency transactions or operating cryptocurrency exchanges and guarantee that such accounts are terminated promptly. However, such prohibition did not make Nigerians abandon bitcoin. Instead, the cryptocurrency community started using peer-to-peer transactions or paying each other directly. Just after the central bank ban, Chainalysis reported that in March, the dollar volume of cryptocurrencies sent from Nigeria increased to US$132 million, up 17% from the previous month.

Meanwhile, seven months post the ban, the Central Bank of Nigeria released eNaira, the digital version of the naira and the first national digital currency in Africa, second in the world after The Bahamas. It stated that the new currency would promote financial inclusion and provide fiscal advantages that would eventually help the economy. The objectives were to facilitate cross-border trade, increase access to financial services, raise remittances from a sizable diaspora population, and eventually strengthen the nation’s economy. The top bank stated that eNaira could encourage more day-to-day transactions between company owners and their producers and consumers across the country, considering half of Nigeria’s estimated 200 million citizens lack access to bank accounts.

However, since the institution introduced the eNaira as part of its cashless strategy, it struggled to create a positive impact among the citizens. The iOS App Store and Android Play Store gave the eNaira Speed Wallet app ratings of 2.2 and 2.9, respectively. And both on the app’s page and in real life, there appear to be significantly more complaints than compliments. Thus implying a more favorable condition to transition to crypto wallets.

Aside from that, statistics from cryptocurrency exchanges Paxful and LocalBitcoins, highlight factors such as the continent’s youngest population (>200 million under the age of 19) and a thriving IT industry have acted as drivers too. Even remittances from Nigerians working overseas are being transferred using digital currencies because they offer protection against volatility in currency rates.

In a research survey, CoinGecko examined Google Trends data of commonly searched terms by internet users interested in cryptocurrencies. The “total search score” was then calculated for each English-speaking nation to see which nations had shown the greatest interest in cryptocurrencies since the market crash in April 2022. Nigeria, which had the greatest search volumes globally for the terms “cryptocurrency,” “invest in crypto,” and “buy crypto,” grabbed the top position with a total search score of 371.

In light of these developments, the Central Bank of Nigeria fined six major banks a combined total of N1.3 billion (US$3.1 million) in early April for breaking its restriction against facilitating cryptocurrency transactions. The largest penalties, worth N500m, were levied on Access Bank, with FCMB and Stanbic IBTC coming in second and third, respectively. United Bank for Africa and Wema Bank were charged N100 million each, and Fidelity Bank was penalized N14.28 million.

With the government’s ban, it has been up to the banks to identify cryptocurrency trading accounts, which are frequently those with unusually high amounts of transactions for accounts that don’t belong to recognized financial institutions. Unfortunately, the prohibition made it more difficult to monitor and less secure to trade cryptocurrencies. This is due to the fact that a lot of trading activity has been driven underground, leaving many Nigerians dependent on less secure and over-the-counter methods, as well as Telegram and WhatsApp groups, where individuals deal directly with one another. Sadly, this put customers in danger of being deceived because authorities’ visibility and control over the market have decreased as a result.

But there is a silver lining!

On September 15, 2020, Nigeria’s Securities Exchange Commission (SEC) published regulatory rules for crypto assets and companies that deal with them. This was the first public stance on cryptocurrency from the nation’s investment authority in West Africa. The Securities Trade Commission has now released new rules related to the issuance, exchange, and custody of digital assets in the nation in May, 20 months after the previous announcement. The 54-page document specifies the custodians’ and offers’ registration obligations and identifies digital assets as securities subject to SEC regulation. This comes at a time when the nation is having a tough time striking a balance between an outright ban on cryptocurrency assets and their unrestricted use.

Overall, this move could grant cryptocurrency and associated companies credibility and ultimately pave the way for more cryptocurrency usage in Nigeria. The SEC’s guidelines might also enable the Central Bank of Nigeria to build a framework under which the country’s financial institutions can deal with cryptocurrency. For instance, organizations wishing to supply any type of cryptocurrency-related goods and services in Nigeria or to Nigerians, a VASP license will be mandatory. The use of AML/CFT (anti-money laundering and countering the financing of terrorism) standards is also required by VASPs. You can find more information by checking “New Rules on Issuance, Offering Platforms and Custody of Digital Assets” on its website.

At present, it is hard to determine the course of the cryptocurrency wave in Nigeria post the SEC announcement.

Since the cryptocurrency market is infamously volatile, SEC regulation can increase market stability. The market will become even more stable as a result of restrictions that will inevitably and eventually be implemented.

At the same time, peer-to-peer network-based cryptocurrencies like Bitcoin cannot be regulated nor defined as security. Therefore, Bitcoin might not be under the jurisdiction of Nigerian regulators. Further, it is uncertain if this rule would shield the public from some uncontrolled Crypto funds operating in Nigeria, and decentralized exchanges are not explicitly defined in the law. Additionally, it is debatable if imposing exorbitant license fees and paid-up capital is really the solution if the main objective is to establish a fair, transparent, and effective virtual assets market.