Would cryptocurrency play an influential role in Ukraine’s future amid Russian invasion?

Ukrainian volunteer groups are crowdsourcing Bitcoin to help the nation as tensions with Russia worsen. 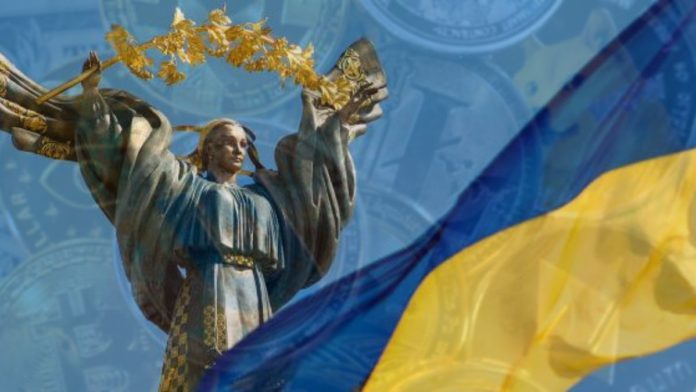 The geopolitical tensions over Russia’s invasion of Ukraine have been soaring in the past few weeks. Amid these strained situations, on Thursday, the National Bank of Ukraine released several decisions in connection with the country’s current martial law. Among these, the National Bank of Ukraine has instructed electronic money (e-money) issuers to halt e-money issuance and e-wallet refilling. The written ruling further said that e-money distribution was temporarily prohibited.

Here, e-money refers to fiat currency maintained in digital form, such as that held in a PayPal account or a digital bank through a cash app. While the reason for the central bank’s e-money ban is unclear, it appears to be a wise move to protect Ukraine’s financial institutions from cyber-attacks and prevent cash outflows during the crisis. It’s unclear if this applies to cryptocurrency or other digital money, which are classed as ‘virtual assets’ under Ukrainian law. Last year, the central bank was granted authorization to launch a central bank digital currency (CBDC). The restrictions also halt the foreign exchange market, restrict withdrawals from customers’ bank accounts, and prohibit foreign currency withdrawals from customer accounts.

Quite recently, according to Chainalysis’ Global Crypto Adoption Index, trailing after Vietnam, India, and Pakistan, Ukraine stood fourth with roughly US$8 billion in bitcoin passing through the nation each year. With a market worth of about $80 billion, Tether is the most popular stablecoin, which doesn’t experience volatility like bitcoin, Ethereum, and other cryptocurrencies. As a result, for a nation whose citizens are accustomed to dealing with the dollar as a reserve currency, Tether is a favorite.

Almost a week earlier, in a tweet, Ukraine’s Vice Prime Minister Mykhailo Fedorov said that the country’s Parliament had passed a bill on virtual assets that will legalize cryptocurrencies. Fedorov further stated that by making this move, Ukrainians’ assets would be protected from any exploitation or fraud. According to a study published by blockchain researcher Elliptic, this move came when Bitcoin contributions skyrocketed to Ukrainian volunteer and hacker organizations that support the Ukrainian government, as fears of a possible Russian strike grew. On the 25th of February alone, one of the organizations called ‘Come Back Alive” received almost US$400,000. As per the latest update, the total donations are pegged at US$13 million.

Last September, Ukraine’s Parliament instituted legislation legalizing cryptocurrencies. However, President Volodymyr Zelenskyy vetoed it the following month. According to Zelenskyy, Ukraine could not afford to build a new regulatory structure to manage cryptocurrency.

This time, according to Zelenskyy’s recommendation, the revised version of the legislation on virtual assets, places crypto regulation under the supervision of the National Commission on Securities and Stock Market.

Notably, the bill excludes Bitcoin and other cryptocurrencies from the definition of legal tender. Ukraine has not followed El Salvador’s lead, which made Bitcoin a legal tender in September of last year. However, the new law will provide enterprises operating in what was previously a ‘legal limbo’ some peace of mind.

Despite the absence of institutional regulation in the past, Ukraine has established itself as Europe’s main crypto hub. The New York Times reports that the Eastern European country handles more cryptocurrency transactions every day than it does in its fiat currency, the hryvnia. Officials in the government believe that the new law would encourage more foreign investment into Ukraine’s developing crypto economy, which is presently being overshadowed by Russia’s invasion.

Read More: Another Phishing attack on OpenSea: Are Phishing threats on rise in NFT Marketplaces?

The military invasion of Ukraine by Russia has had a detrimental influence on global markets, including the cryptocurrency industry, which lost more than US$200 billion in value on Thursday. In the meantime, the Russian ruble has fallen to its lowest levels versus the US dollar since 2016. Bitcoin and other major cryptocurrencies have declined by almost 10%. This freefall means that Bitcoin, which was previously considered a safe asset like gold, is now subject to external influences, a common occurrence in the share market.

While the Ukrainian government may be striving to block cash outflows, the Russian government has suggested that in response to growing economic penalties and allegations of western nations freezing Russian nationals’ overseas assets, it will take severe measures. Parallelly, on Sunday, Fedorov has taken to Twitter to urge major crypto exchanges to block addresses of Russian users.

Today, cryptocurrency fundraising has become increasingly prominent for various social causes. Earlier, the Ukrainian government had tweeted their Bitcoin and Ethereum wallets addresses seeking donations for their resistance against Russia.

Unfortunately, at the same time, cybercriminals aren’t taking a break and have started taking advantage of such events, including the Ukraine invasion. Elliptic says one social media post was found to copy a legitimate tweet from an NGO, but with the author swapping the Bitcoin address, presumably with one of their own.