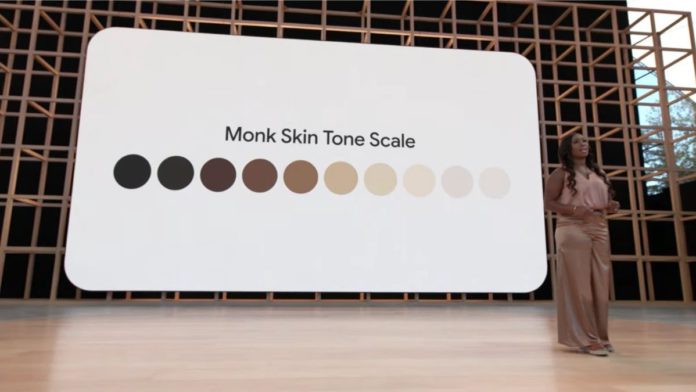 According to Google, this new development will help build gadgets and applications that offer unbiased services to everyone.

Head of Product for Responsible AI and Product Inclusion in Search at Google, Tulsee Doshi, said, “The culmination of Dr. Monk’s research is the Monk Skin Tone (MST) Scale, a 10-shade scale that will be incorporated into various Google products over the coming months. We’re openly releasing the scale so anyone can use it for research and product development.”

She further added that they want the scale to promote inclusive goods and research across the industry, and they see this as an opportunity to collaborate, learn, and improve their work with others’ help.

Google claims that its research found that the new Monk Skin Tone Scale better represents the skin color of the participants in the United States when compared to other available skin tone scales in the market.

“In our research, we found that a lot of the time, people feel they’re lumped into racial categories, but there’s all this heterogeneity with ethnic and racial categories,” said Dr. Monk. He also mentioned that many classification systems, including previous skin tone scales, ignore this variability, which leads to a lack of representation. Developers and researchers can share their feedback about Monk Skin Tone Scale to Google from its official website.