Fujitsu to Sell Quantum Computer that might threaten Bitcoin Security: The Hype, The Promise, The Reality

The 64-qubit quantum computer will be offered to companies researching on medicines, materials, and financial forecasting. 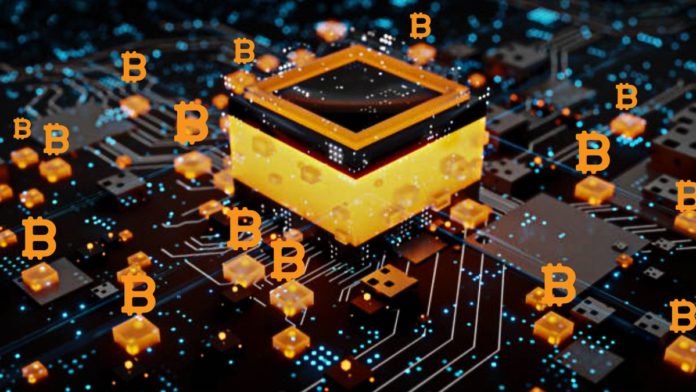 Earlier this month, there was big news in the cryptocurrency world: Fujitsu and Riken Research Institute are slated to introduce possible Bitcoin-beating quantum computers jointly in 2023.

The new computer from Fujitsu will use ‘famed’ superconductor materials, which, when chilled to a temperature close to “absolute zero,” exhibit zero electrical resistance. It is anticipated that the computer, which is notably more powerful than Frontier, the fastest supercomputer in the world created by Hewlett-Packard, would first be used for financial forecasts and the development of new pharmaceuticals. This quantum computer which Fujitsu is anticipated to unveil next year, will have 64 qubits. In order to provide some insight, Google launched a quantum computer in 2019 with 53 qubits, while IBM’s Eagle quantum computer has 127 qubits processor.

The premise that Fujitsu plans to release a quantum computer with more than 1,000 qubits “after March 2027” should serve as a clear indication of how swiftly the quantum computing industry is expected to advance in the next years. Although companies like Google have made tremendous progress in building their own supercomputers, it won’t be commercially viable until 2029, which might offer Fujitsu an advantage.

Fujitsu has been partnering with Riken on quantum computers since last year when they built the Riken RQC-Fujitsu Collaboration Center in Wako, Saitama prefecture. There, a group of 20 researchers intertwines Fujitsu’s computing and application expertise with Riken’s superconducting circuit-based quantum computer technology.

By market capitalization, Bitcoin has overtaken all other cryptocurrencies, and its growth has sped up the use of blockchain technology in a variety of sectors. It has also given rise to a multitude of applications, such as decentralized finance (DeFi), which are altering how people do business. However, the supremacy of blockchain-based protocols like Bitcoin may soon be threatened by the emergence of a new class of quantum computers. This implies that, along with digital communications like email, messaging services, and online banking, cryptocurrencies that use advanced encryption algorithms could potentially be decrypted by quantum computers. Therefore, government organizations like NIST emphasize the need for a switch to post-quantum encryption.

Vivek Mahajan, the CTO of Fujitsu, asserts that quantum computers may be able to solve mathematical optimization problems with Shor’s algorithm or the so-called traveling salesman problem. It could be able to address other problems that are regarded as too challenging for supercomputers. Shor’s algorithm employs quantum technology to infer the prime factors of technology. While the traveling salesman problem looks for the quickest path to visit every city connected by a local highway system, visits each place, and then heads back to the starting location.

Digital signatures in Bitcoin are signed using something called the Elliptical Curve Digital Signature Algorithm (ECDSA). ECDSA employs a unique mix of digital signatures, Public and Private Key pairs, and the NSA-developed SHA-256 hashing algorithm. In a proof-of-work blockchain system like Bitcoin, miners compete to unearth a numerical answer to the SHA-256 algorithm that surpasses the difficulty or network goal and create the next bitcoin block. On the header of a block of Bitcoin transactions and a random number, miners undertake what is known as hashing operations. Often, the miner must complete quadrillions of hashing operations per second before they can accurately predict the answer. The Bitcoin network’s security, which has thus far been very impenetrable, is aided by the mathematical complexity of discovering the answer. Without it, the network’s security could be compromised.

Before each bitcoin transaction is recorded on the blockchain, the immutable record of who owns what, it must first be “verified” by the network of miners. In order to produce a public key for Bitcoin, these algorithms (ECDSA) are applied to a private key that is chosen at random. And the Bitcoin protocol generates a public Bitcoin address using the hash value of this.

Encryption scrambles communication using a mathematical formula, allowing only those granted permission to access it to read it. The difficulty of “undoing” the mathematical puzzle without the key determines how secure your communication is.

RSA, for example, is based on the difficult problem of number factoring. It is simple to multiply two prime numbers together, but it is challenging to factor a huge number into two prime numbers. For a conventional computer to factor a single 4096-bit key, it would take longer than the universe has existed.

Quantum computers, on the other hand, address problems in a different way than conventional computers. Shor’s algorithm is substantially more effective than a conventional computer in determining a number’s prime factors and at “undoing” this factoring difficulty. This implies that, in theory, one could obtain your private key from the public key if they had a sufficiently powerful and functional quantum computer. To put it in another way, the verification of the procedure of Bitcoin might be reversed by a quantum computer, which would extract the private key from the public key.

A hostile actor would initially need to locate the public key. The wallet address is based on the public key, but it is hashed using methods that are not yet susceptible to attacks from quantum computers. Unfortunately, it is revealed during a transaction. Once the public key is made public, the private key is at risk. If someone else discovers the private key, they can claim ownership and spend every bitcoin.

Some researchers think that large-scale quantum computers will never be achieved, while others believe the timing is much closer than people realize, and some experts have said it may occur in around five years. The National Institute of Standards and Technology (NIST) considers 15 years to be more appropriate. In a research article published in late January 2022, experts from Sussex University predicted that quantum computing would be able to break the SHA-256 and weaken the security of the Bitcoin network during the next ten years.

If possible, we should prepare to switch to a new cryptosystem well in anticipation of the development of a powerful quantum computer and encourage users to do so before the possibility of ownership verification arises. Although if the algorithm used to generate the public key from the private key is altered, we can avert some of these issues as quantum computer power grows. The National Institute of Standards and Technology has been in charge of an initiative to assess and standardize post-quantum cryptography procedures.

Numerous initiatives are trying to improve existing designs or add new ones in order to make protocols even more secure in the face of these fears and concerns. Directed acyclic graph (DAG) technology, utilized in the IOTA (MIOTA) blockchain, and quantum key distribution (QKD), created by JPMorgan and Toshiba, are two examples of the existing quantum-resistant algorithms. Alongside the distributed ledger project Ursa from the Hyperledger Foundation, Ethereum developers have also been investigating quantum resistance. Although many alternative cryptocurrencies have been focusing on quantum resistance from the beginning, it will take time for mainstream cryptocurrencies to adapt.

Lattice-based encryption, meanwhile, provides a different possible defense against quantum threats. This kind of encryption introduces additional mathematical noise that may even confuse a cutting-edge system.

It is important to note that updating current private keys could introduce fresh security holes. This is due to the fact that after successfully deploying post-quantum encryption, the system will create new keys. Users will need to sign in using their old key for approval in order to trigger a switch to the new one. Inactive users, however, might never update their private key, which might lead to significant issues.

Thankfully, the domain of cryptography is not yet under the whip of adversary agents. Given quantum computing’s slow growth and the ability of the Bitcoin network to adapt to thwart attacks, such as via encryption updates, the danger and uncertainty associated with it are relatively remote. As many hacking cases still occur every month, keep in mind that governments may have different interests in their use of quantum computers. Even Fujitsu will become the first domestic company to sell quantum computers to corporations in Japan, as mentioned earlier, the key interest lies in using it for the greater good.