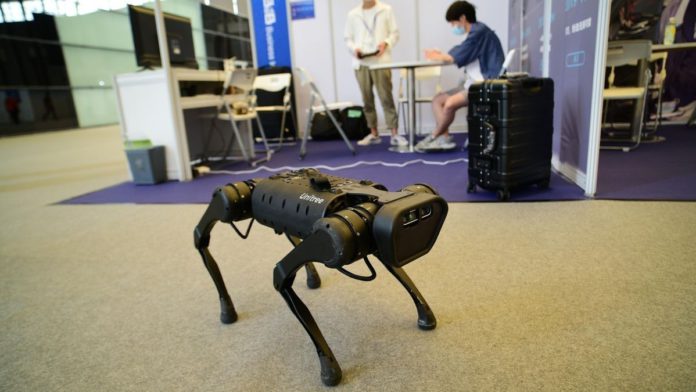 Facebook recently revealed that its researchers are teaching an artificial intelligence-powered robot to walk like humans. The research is being done on a four-legged dog-like robot, which is capable of walking on multiple surfaces by adjusting its strides according to its needs.

The company claims that its new Rapid Motor Adaptation technology is a breakthrough in the field of artificial intelligence as it enables robots to easily walk on sand, grass, pebbles, and climb stairs without failure in 80% of the conducted trials.

Advanced techniques like reinforcement learning and supervised learning were used to develop the robot. Facebook’s artificial intelligence researcher, Jitendra Malik, said they had used the trial and error method to train the robot. It analyzes the surface with its feet and then makes accurate decisions regarding precise body movements.

Malik said, “The challenges of robotics are that there is a lot of this real-world variability.” This technology can also operate with less powerful hardware, which will reduce its cost in the coming future. The coronavirus pandemic has changed the way of the research as most of the laboratories were closed for an extended period of time.

In general, robots are designed to move on surfaces where they will be delivering their services, but Facebook’s RMA technology will enable robots to comfortably walk on all surfaces by feeding them with different algorithms.