The AI marketplace is a display of all E42 and partner-built click-to-hire AI workers, which will soon be available for businesses to browse and choose from. 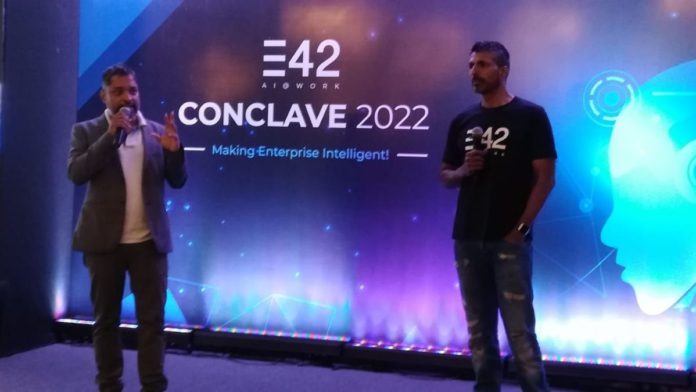 The announcement was made during the company’s flagship event called E42 Colclave 2022. Avnish Sabharwal launched E42’s AI Marketplace during the event through video calls.

According to the company, its newly launched Marketplace will be a store where E42’s clients can sell their AI bots, which can then be licensed or hired by other companies to use for enhancing their services.

This development comes just after E42 completed ten years of helping enterprises smart using AI. The AI Marketplace is a display of all E42 and partner-built click-to-hire AI workers, which will soon be available for businesses to browse and choose from.

“The idea behind E42 Conclave is to bring together business leaders from varied functions and verticals to discuss aspects of AI and digital transformation that are critical for today’s enterprise to stay abreast of the competition,” said Co-founder and CTO of E24, Sanjeev Menon.

Pune-based artificial intelligence bot platform E42 was founded by Animesh Samuel, Sanjeev Menon, and Sanjeev Nair in 2012. The company specializes in delivering a no-code platform that allows people to create and deploy AI coworkers in their area of expertise using a simple drag-and-drop interface. E42’s platform is easy to implement, operate, and migrate, allowing businesses all over the world to automate time and resource-intensive activities.

Co-founder and CEO of E42, Animesh Samuel, said, “E42 Marketplace has been thoughtfully created keeping the interest of our partners and customers in mind. A single platform to list all the AI workers that we and our partners built that can be hired by any enterprise in a few clicks is what sets our Marketplace apart.”

He further added that according to numerous studies, at least half of the enterprise workforce will be AI workers by 2026, representing an $800 billion opportunity for them and their partners.