Drone Innovation Startup DroneAcharya To Open its IPO On December 13 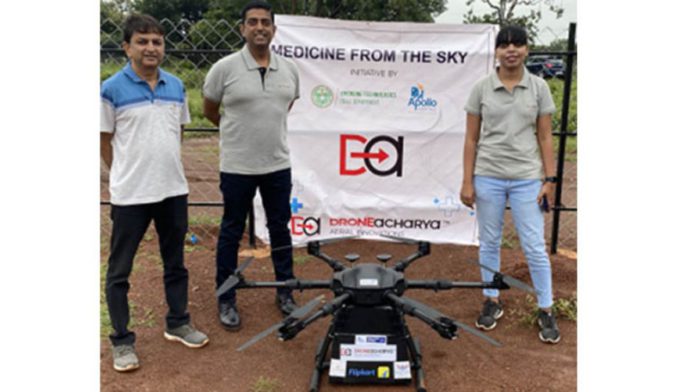 DroneAcharya, a drone innovation startup, will open its DroneAcharya IPO listed on the BSE stock market exchange on December 13. The company plans to offer over ₹62.90 lakh shares via a book-building process in a range of ₹52-54 per share.

It is one of the first few private ventures to receive a DGCA (Directorate General of Civil Aviation) certification and RPTO (Remote Pilot Training Organization) license in March 2022. Since then, the company has trained over 180 drone pilots.

The company recently announced its plans to acquire over 100 new drones and train 500+ pilots and instructors starting in 2023. Prateek said, “Being a 40+ people team, we are now embarking on a 2.0 vision of growth and value creation – with DroneAcharya IPO listing and investment plans fortified.”

Other than DroneAcharya IPO, the organization has also launched several brief and industry-relevant drone and GIS courses to empower young Indians to upskill and create a modern profession within the drone ecosystem.