The Reserve Bank of India launched its first digital rupee on November 1 for the wholesale segment. 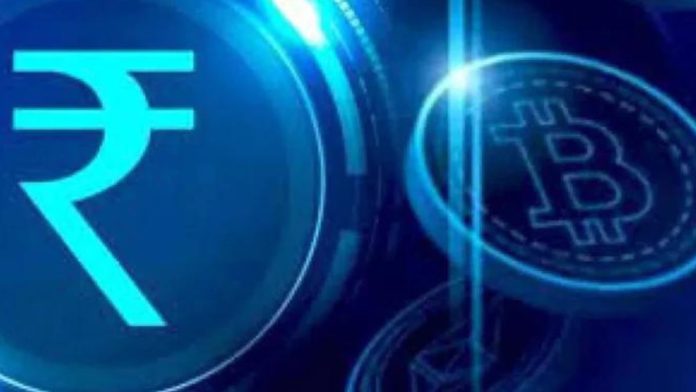 RBI recently rolled out its first-ever pilot test program to review and improve India’s digital currency e-rupee’s functionality. The Reserve Bank of India (RBI) launched the e-rupee on November 1 for the wholesale segment. Although the digital currency of India is gaining traction, some are still asking what the e-rupee is, how it differs from cryptocurrency, and, most importantly, how it will benefit the Indian population. Let’s have a look.

What is a digital currency?

Digital currency is an electronic form of money which can be used for contactless transactions. In India, Central Bank Digital Currency (CBDC) or the e-rupee is a digital form of rupee issued by the central bank, i.e., RBI. According to RBI, “CBDC is the legal tender issued by the central bank in a digital form. It is similar to a fiat currency and is exchangeable one-to-one with the same. Only its form is different.” As per the central bank, there will be two types of digital currency, Retail CBDC (e₹-R), which would be available for the public, and wholesale CBDC (e₹-W), which is designed for restricted access to select financial institutions.

How is digital currency different from cryptocurrency?

CBDC cannot be compared to cryptocurrencies exactly. “Unlike cryptocurrencies, a CBDC is not a commodity or claims on commodities/digital assets. Cryptocurrencies have no issuer. They are not money and certainly not a currency, as the word is understood historically,” said RBI.

The CBDC is the digital version of paper currency issued by central banks like RBI and will be exchangeable with cash. The commonly-known digital rupee is a currency that the RBI will issue, and the digital rupee will have the same function. However, it will not be a decentralized asset like the cryptocurrencies.

The digital rupee will be a currency issued by the central bank responsible for managing and governing the assets, which means one can use it to buy what they want. Through blockchain technology, a person can safely send money to another person without going through a bank or financial services provider. In the case of digital currency, blockchain will act as a decentralized and distributed digital ledger that will be used to record transactions across many computers. The record will not be altered retroactively without altering all subsequent blocks and the network consensus. A blockchain-based CBDC will enable the central bank to control the currency while protecting the privacy and independence of the CBDC’s use to the end users.

RBI’s most important reason for launching a digital rupee is to push India forward in the virtual currency race. E-rupee will benefit by reducing the transaction cost. A digital currency will make it easier for the government to access all transactions within authorized networks. It will also help the government to control how money enters and leaves the country. It is impossible to escape the gaze of the government through CBDC, as it can neither be torn, burnt, physically damaged, or lost. Moreover, it is more durable compared to physical notes. Using the digital rupee can possibly make the interbank market more efficient and help reduce dependence on the dollar.

Besides the above-mentioned advantages, the digital rupee will maximize transparency and efficiency with blockchain technology. Blockchain will also enable ledger maintenance and real-time tracking. The payment system will be available to retail wholesale customers 24/7. Indian buyers can pay without an intermediary, and one does not have to open a bank account to use a digital rupee. Lower transaction cost, real-time account settlements, fast cross-border transactions, and no risk of volatility are some of the other benefits of the e-rupee.

But with popular payment systems like UPI around, can CBDCs be a game changer? According to an RBI survey, cash remains to be the most preferred mode of payment for receiving and sending money for regular expenses. In India, cash is used predominantly for small-value transactions (amounts up to INR 500).

In India, cash placement and its tracking are a challenge. CBDC can address anonymity and resolve the issue in a non-intimidatory way, as well as reduce the demand for cash. The government will save operational, storing, printing, and distributing costs, thus empowering the government’s vision toward a cashless economy. Therefore, considering all the benefits that the e-rupee will render, it is clear that India does need a digital currency.