Zhu Hai Yun is an autonomous ship that can carry dozens of air, sea, and underwater drones outfitted with various observation devices. 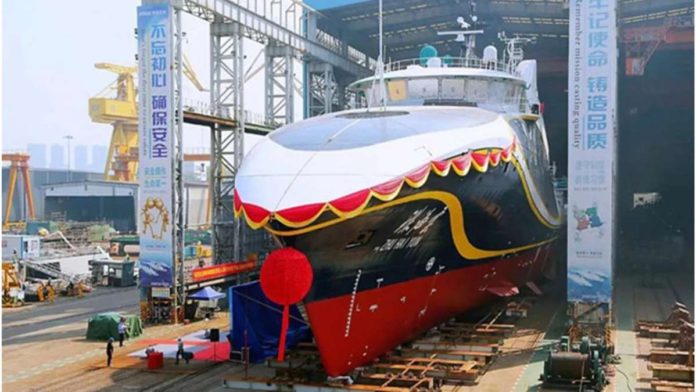 Although the carrier is designated as a marine research vessel, some experts believe it has the potential to be deployed as a military vessel.

Read More: Deloitte Partners with the University of Sydney Business School on AI

The ship was initially unveiled in May, according to the South China Morning Post, and is expected to be delivered by the end of 2022 after completing sea testing.

“From a purely science standpoint, which is the angle China is promoting, we could see Chinese drones (both surface and subsurface, and launched from the Zhu Hai Yun) contributing to disaster mitigation, environmental monitoring, etc.,” said Matthew Funaiole, senior fellow of China Power Project at the Center for Strategic and International Studies. He further added that the most immediate benefit to China is likely data collection.

Zhu Hai Yun uses the Intelligent Mobile Ocean Stereo Observing System, created by the Southern Marine Science and Engineering Guangdong Laboratory. It can be controlled remotely and has a top speed of 18 knots or approximately 20 miles per hour.

In 2021, Chen Dake, the laboratory’s director, told Science and Technology Daily that the ship is a new “marine species” that will revolutionize ocean surveillance.

China has recently been making several efforts toward the advancement of artificial intelligence. China is now also working on a new project to build an AI-powered 3D printed hydroelectric dam in Tibet. The dam will be constructed in just a period of two years on the Tibetan plateau.