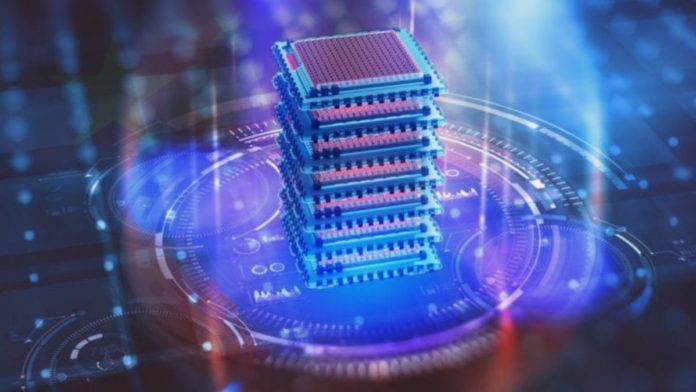 The Institute of Software of the Chinese Academy of Sciences has unveiled a new quantum computing programming software named isQ-Core. Researchers have announced that isQ-Core has been implemented on a CAS quantum computing cloud platform, which is currently China’s largest in terms of hardware scale.

According to its principal developer, the Chinese Academy of Sciences’ Institute of Software, it represents a significant step forward in the merging of home-grown quantum computing hardware and software. The isQ-Core, as per the institution, offers simplicity, ease-of-use, great efficiency, solid scalability, and high reliability. In an official statement released by the institute on Thursday, it will help scientists perform quantum computing theory and applied research.

With the recent debuts of “Jiuzhang,” “Zuchongzhi,” and “Zuchongzhi 2,” China is on an accelerating course to dominate the quantum computing industry. Quantum computers, like conventional computers, require software to manage hardware devices, run applications, and provide a user interface. However, due to the fundamental difference between quantum software and classical software, the corresponding quantum software tools are more complex and difficult to design.

The Chinese Academy of Sciences’ Institute of Software previously developed the isQ platform, which contains a number of tools such as quantum programming, compilation, simulation, analysis, and verification. The platform’s primary purpose is to compile a high-level source language into a low-level intermediate representation (IR). Its functions are divided into four sections: the compiler, simulator, model verification tool, and theorem prover.

The isQ platform’s compiler can turn a quantum program written in a high-level language into an instruction set language, which can then be passed on to follow-up tools like simulators and model checking tools for processing. The simulator can replicate the execution of quantum programs on a conventional computer and display the results, which is useful in the early stages of quantum program design and testing. Model-checking tools can be used to investigate a variety of quantum system features. The theorem prover implements the quantum Hoare logic proposed by the team. It is currently the only platform in the world capable of validating the accuracy of a quantum program.

The Institute of Software of the Chinese Academy of Sciences believes both isQ-Core and isQ compiler software tool can lead to fruitful and new developments in the quantum computing industry.