Can AI art be copyrighted?

Current US laws only grant copyright protection for works created by humans, but the tide might be changings after a few exceptions. 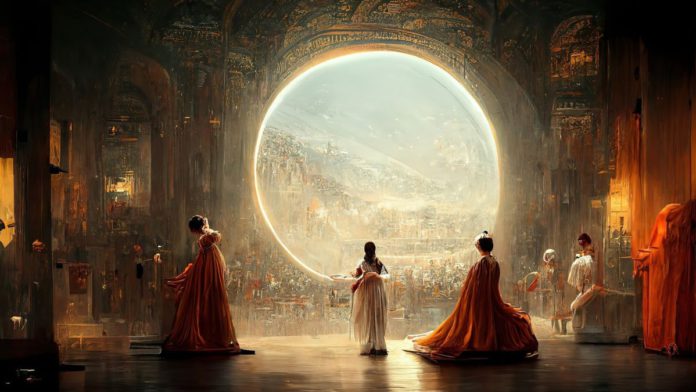 Generative models capable of automatically producing text paragraphs or digital art are becoming increasingly accessible. People use them to write fantasy novels, marketing copy and create memes and magazine covers. For better or worse, content automatically created by the software is bound to flood the internet as artificial intelligence technology is commercialized. And with that, the controversial question being asked is, can AI art be copyrighted? For example, current US laws only grant copyright protection for works created by humans. However, the creative nature of neural networks is causing some to consider whether it might be worth changing them.

Consider Cosmopolitan’s recent magazine cover, which they claimed is the “world’s first artificially intelligent magazine cover.” It’s the image of an astronaut walking on a planet against a dark sky with stars and gas, produced by OpenAI’s DALL-E 2 model. A creative director, Karen Cheng, described trying several texts prompts to guide DALL-E 2 to create the desired picture. She then edited the image to create the final cover for the glossy magazine. Who owns the copyright? Who is the author of the image?

According to a copyright lawyer from Rosen, Wolfe, and Hwang, Mike Wolfe, the answer depends on how much human input went to create something. “Where AI has played an essential role in creating a work, there are still pathways to some copyright protection. Even with a very capable AI, there will probably be a lot of room for human creativity. If AI helps generate a song and makes the bass line, but the creative professional makes it more complete by filling in gaps to make a cohesive piece of music, that act itself would likely give the right to copyright based on human authorship,” he said.

What that could mean in practice is perhaps the melody or bass line could be used freely by a third party as those parts were generated by a machine and are not protected by copyright, but people cannot copy the whole song verbatim, Wolfe said. In reality, however, separating human and machine labor may not be easy. Going back to the instance of the Cosmopolitan front cover, it is not clear entirely which parts of the image are created by DALL-E 2 and which parts are by Cheng.

Founder of a software company based in Missouri, Stephen Thaler, learned this the hard way. The US Copyright Office rejected his application to register authorship to AI for a digital image that he claimed was autonomously made by a computer algorithm running on a machine. He wanted his software to get the authorship of the picture and for the copyright of the image to be transferred to him, as he owned the machine.

The US Constitution granted Congress the right to protect IP in Section 8 of Article I: To promote the progress of science and useful arts by securing for limited times to inventors and authors the exclusive right to their respective writings and discoveries. Countering that, Thaler said, “AI can make functionally creative output in a traditional human author’s absence, and protecting AI-generated works with copyright is crucial to promote the production of socially valuable content. Providing this protection is required under current legal frameworks.”

But not all legal experts agree with Thaler. “The burden should always lay on the creator to prove that the copyright they get benefits the public. I think that burden has not been carried by machines. Granting rights to AI-generated works does not at this time seem likely to make us more advanced or wealthier,” Wolfe said.

So, can AI art be copyrighted? Do we really want to treat machines as equals in the eyes of the law? As of now, there doesn’t seem to be much a lot of appetite for that. But the calculus might inevitably change as you see more impressive outputs from these potent systems. A New York City-based artist, Kris Kashtanova, a former programmer, recently announced that Zarya of the Dawn, an AI-generated graphic book, has been registered for US copyright. It could be the first content produced utilizing AI-art generators to get such recognition from the US Copyright Office, considering other authors’ previous inability to achieve this milestone. Perhaps this is the start of the unprecedented.