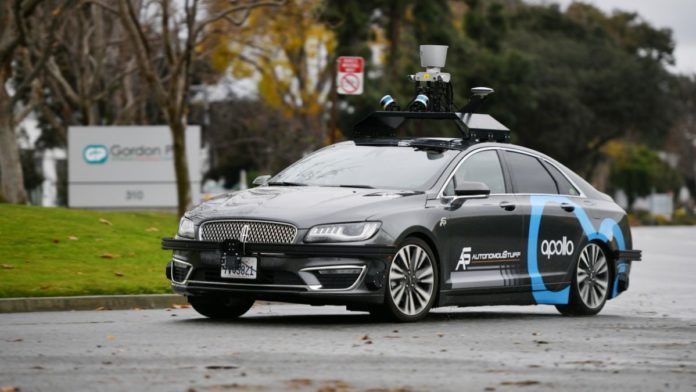 The company can test its vehicles on roads during non-heavy fog and rain conditions with speed limits not exceeding 45 miles per hour. Similar to other fully autonomous vehicle providers, Baidu fulfilled the requirements of providing evidence of insurance or bond equal to $5million, the capability of operating without a safety driver, and more.

Other compliance for testing fully autonomous vehicles include continuously monitoring the status of vehicles, reporting collisions within 10 days, and filing the annual report of disengagements. According to the company, in 2019, Baidu topped California’s 2019 DMV disengagement report in a total of 108,300 miles.

With the permit, Baidu is now the first company to get approval for two different types of vehicle models — Lincoln MKZ and Chrysler Pacifica. Late last year, Baidu received approval for testing driverless tests on public streets in China, making it the first in the home country.