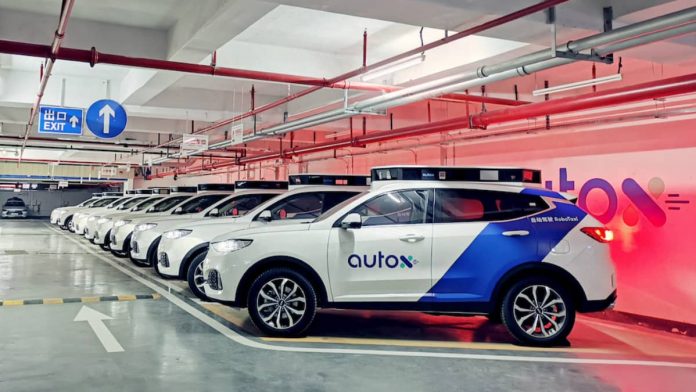 Backed by Alibaba, AutoX deploys 25 self-driving cars without safety drivers in Shenzhen, China. However, the service is not available for the general public just yet. In an interview, Xiao, founder of AutoX, said that it could take another two to three years for approval from regulatory authorities to offer fully self-driving cars to the public.

Founded in 2016, the company has delivered exceptional results quickly to impress regulators. On June 19, 2019, the company became the second in the world to operate robotaxi after obtaining a permit from California Public Utilities Commission. And in July 2020, the company tested its driverless car in California without a safety driver.

Robotaxi, a self-driving ride-hailing service with safety drivers, has gained prominence in the US and China, where AutoX has been at the forefront. The company’s success in mere four years can also be attributed to the association with its partners like NVIDIA for DRIVE platform and FIAT Chrysler for rolling out fleets in Asia.

In addition, AutoX has a global presence for its technology and market with research and development in Silicon Valley and Beijing, and an operational center in Wuhan and Shanghai. To further ramp up the operation, the company has plans to deploy self-driving cars in three more cities.

Over the years, the race to become a leader in the self-driving cars market has become apparent as more than 60+ companies are testing autonomous vehicles. Although it started late, AutoX is making huge inroads in the industry and giving early starters like Waymo, Cruise, Zoox, and Tesla, a run for their money.

2020 has been the year where self-driving cars promise is materializing as many stakeholders are embracing contactless delivery of food and travel services. After a lot of criticism from experts about autonomous technology, the industry is making people believe that level 5 autonomy is around the corners.