Agro AI's parts are being absorbed into its two main backers: Ford and Volkswagen. 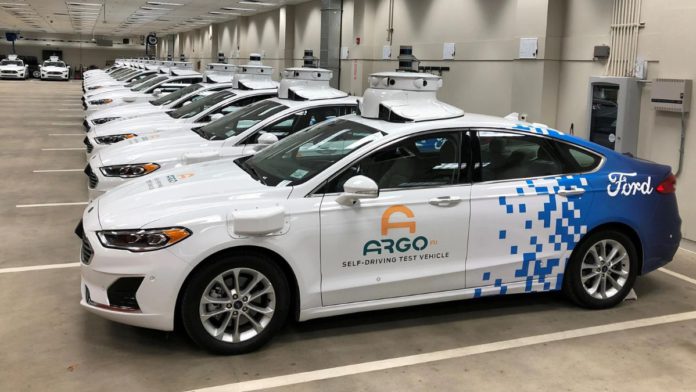 An autonomous vehicle startup, Argo AI, which emerged in 2017 with a $1 billion investment, is now shutting down. According to people familiar with the matter, its parts are being absorbed into its two principal backers: Ford and Volkswagen (VW).

During an all-hands meeting on Wednesday, Argo AI employees were informed that some people will receive offers from the two automakers. It is unclear how many would be hired into VW or Ford and which companies would get Argo’s technology.

Employees were told they would receive a severance package including insurance and two different bonuses — an annual award plus a transaction bonus upon the deal close with Ford and VW. All Argo employees will receive these. Those who Ford or VW does not retain will receive termination and severance pay, including health insurance.

Ford said in its third-quarter earnings report released Wednesday that it decided to shift its resources to developing advanced driver assistance systems, and not autonomous vehicle technology that can be applied to robotaxis. The company said it recorded a $2.7 billion non-cash, pretax impairment on its Argo AI investment, which resulted in an $827 million net loss for the third quarter.

That decision appears to have been fueled by Argo’s inability to attract new investors. Ford CEO Jim Farley acknowledged that the company anticipated being able to bring autonomous vehicle technology broadly to market by 2021. Ford had recently announced that it would launch self-driving cars by the end of this year in association with Agro AI.

Argo’s other primary backer, VW, has indicated plans to shift resources and will no longer invest in Argo AI. The company said it would use its software unit Cariad to drive forward the development of highly automated and autonomous driving with Bosch and, in the future, in China with Horizon Robotics.