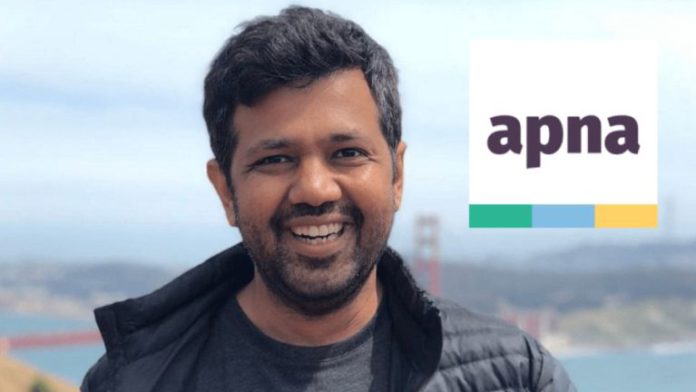 Apna, a leading job network platform from India, has raised $70 million in its Series B funding round led by Insight Partners and Tiger Global. Participants also include existing investors like  Greenoaks Capital, Lightspeed India, Rocketship VC, and Sequoia Capital India.

Apna’s unrivaled market leadership and remarkable business growth is the primary reason for this funding. Within 16 months, the company has raised over $90 million and is currently valued at $570 million. Apan plans to use the fund to expand into different parts of the country within six months to boost India’s economy, which is still affected by the COVID-19 pandemic.

The company aims to amplify its ed-tech platform for skilling by continuing to invest in hiring extraordinary talent and building top-notch engineering and product capabilities. In the coming year, the firm intends to enter international markets like the United States and South-East Asia.

Nirmit Parikh, Founder and CEO of Apna said, “At Apna, we are determined to take a fresh approach towards solving employment and skilling challenges for billions. Over the last month itself, Apna has facilitated more than 15 million job interviews and work-related conversations where users have helped each other to start a business, find a gig or learn a new skill.”

Currently, the Apna app hosts 60+ dedicated communities for skilled professionals like painters, carpenters, sales agents, and many more. In addition, the app enables its users to find local job opportunities and practice for interviews. Apna’s data science-led algorithm matches candidates with employers after considering their skills and experience. This has eliminated problems like relevancy and candidate volume for the employers.

India’s leading companies, such as Zomato, Delhivery, Burger King, Bharti-AXA, Shadowfax, Teamlease, G4S Global, and 1MG, rely on Apna for all hiring needs. The Company also works alongside UNICEF Yuwaah and the Ministry of Minority Affairs of India to provide quality skilling and job opportunities to candidates.

WhatsApp
Linkedin
Twitter
Facebook
ReddIt
Previous article
AI Startup Lexion Raised $11 Million In Its Series A Funding Round
Next article
NASSCOM Clarifies The Claims Made By India.com To Be Fake