ad
HomeNewsNASSCOM Clarifies The Claims Made By India.com To Be Fake
News

NASSCOM Clarifies The Claims Made By India.com To Be Fake 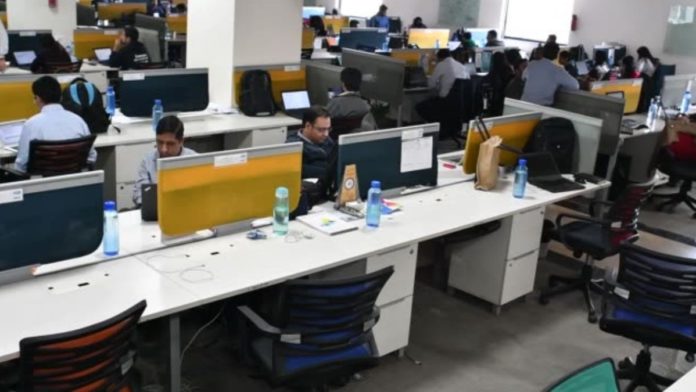 NASSCOM clarifies on Twitter that the article published by India.com does not come from any official NASSCOM reports. Yesterday, India.com posted an article mentioning NASSCOM as the source, according to which IT giants like TCS, Infosys, Wipro and Cognizant were planning to terminate more than 3 million employees in India by 2022.

This decision was taken as it would help the companies to lay off a monthly burden of $100 billion, which includes salaries and other overhead costs, and to increase Robot Process Automation (RPA), claimed the article.

The article ignited a havoc among 4.3 million IT-Sector workers of the country as their job security was in menace. Today, NASSCOM in a tweet, rejected the claims of India.com. The Tweet also mentioned that there is no such risk of large scale layoffs, rather the industry is growing and will continue to create more jobs. India.com faced severe backlash from the twitteratis.

President of NASSCOM, Debjali Ghosh also gave her reaction on Twitter. She mentioned, “Seriously, I don’t get why publications don’t verify data and use the right source!” She added that the country has more demand than supply in several sectors like data analytics. The country needs to keep up and upskill quickly to meet the demand.