The AI system uses multiple electrodes to monitor micro-level muscle movements of individuals near the eyebrows and cheeks to determine the validity of their statements. 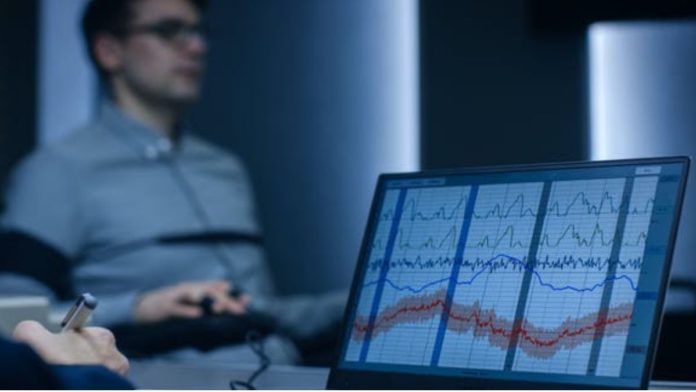 Scientists from Tel Aviv University have come up with a new AI-powered lie detector system that reads micro facial expressions of humans to determine the authenticity of statements.

Professor Yael Hanein and Dino Levy led the research team during the development of this new artificial intelligence-enabled lie detector. Researchers conducted several experiments where they tracked and analyzed micro-expressions of humans that disappear in 40 to 60 milliseconds.

The technology is yet not perfect, but according to the researchers, it is the most accurate facial recognition lie detector tool that has been developed to date that delivers over a 73% accuracy rate.

Researchers experimented on 48 individuals and asked them to pull eyebrows or cheek muscles while developing the lie detector system. The system uses electrodes that motors muscle movements near eyebrows and cheeks to generate results.

Behavioral neuroscientist and project co-head, Dino Levy, said, “We successfully detected lies in all participants and did it significantly better than untrained human detectors. Interestingly, individuals who were able to successfully deceive their human counterparts were also poorly detected by the machine learning algorithm.”

According to experts, the newly developed artificial intelligence-powered lie detection tool is extremely promising and can play vital roles in various industries, sectors, and security areas, including border security.

“Since this was an initial study, the lie itself was very simple. However, in reality, longer lies have chunks of deception and truth both,” added Levy.

The research team is now training the AI lie detector tool using advanced machine learning techniques based on the data collected from the trials conducted during the initial stage.